TIA MOWRY TEARS UP WHILE WATCHING ‘SISTER, SISTER’ WITH SON 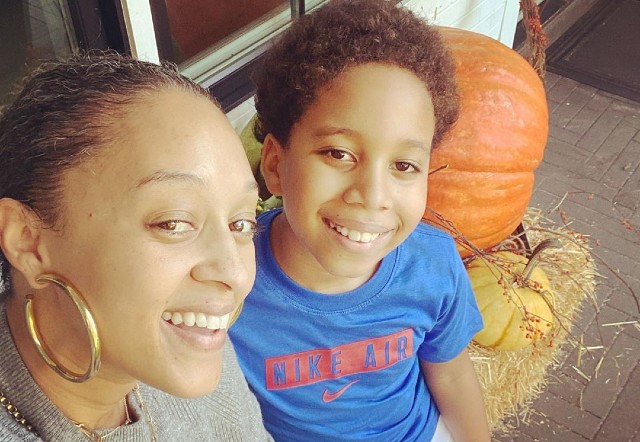 Tia Mowry was nearly reduced to tears while viewing a blast from the past in the present. The Family Reunion star teared up as she watched old episodes of her hit television series, Sister, Sister, with her son, Cree Hardrict.

When I said send me your most hilarious vids, y’all said, “Challenge Accepted!” Click the link in the bio to see @cree_taylor_hardrict_ @tahj_mowry and me watch back our favorites!! Link in the bio to watch! #tiamowryschallengeaccepted #familyfun @tiamowryquickfix

All six seasons of Sister, Sister are available on Netflix, thanks to the platform’s “Strong Black Lead” campaign. Tia and her sister Tamera Mowry’s show became available on the streaming service last month to the delight of fans who have been calling for a Sister, Sister reboot for years.

Hey girl! Back to playing “coco” on @netflix #familyreunion 🙏🏽 I love my job! 💕

“Never ever did I ever think that I would have three shows #trending on @netflix,” Tia wrote online shortly after Sister, Sister and The Game joined the ranks of Family Reunion as most streamed shows on Netflix. “This is insane,” the veteran actress exclaimed. “Making over 400 episodes of television! I am so grateful for my job and I #love what I do! Thanks for allowing me into your homes for all these years!”

Wow! Wow! Wow! That’s all I gotta say! You guys always show up! Also feeling so loved and blessed to have #familyreunion and #thegame streaming as well!!! @netflix

Kimora Lee Simmons is a proud mama! The fashion mogul took to Instagram on Mother's...

Toya Johnson and her daughters, Reginae and Reign, covered Hype Hair magazine in honor of...

Meghan Markle wore jewelry in honor of her daughter on the way during her virtual...

Sunday (May 8) was a special day for more reasons than one in the West...