TOYA JOHNSON AND DAUGHTER, REIGN, SPENT THE DAY WITH THEIR ‘DAWG’ RASHEEDA FROST 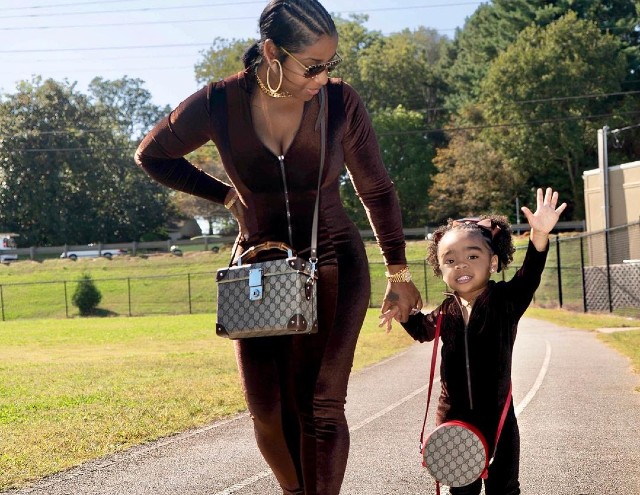 Toya Johnson and her daughter, Reign Rushing, recently joined Rasheeda Frost and her son, Karter Frost, during a night out with the kids. The celebrity moms shared pictures from their evening of fun.

“Rasheeda is her favorite dawg,” Toya said of her daughter’s friendship with Rasheeda. Reign’s mom also uploaded a candid of Rasheeda telling Reign that she was her favorite. Many were amused by Reign’s excitement upon learning that she was Rasheeda’s best friend.

“So much personality,” one fan said. “It’s the scream for me,” another social media follower noted.

Reign Rushing’s big personality has been showcased on the popular T.I. and Tiny: Friends and Family Hustle television show. Toya Johnson’s daughter was the perfect co-host when her mom and dad, Robert “Red” Rushing, decided to invite family and friends to their new home. Reign smiled wide while greeting Monica.

Toya’s daughter captivated hearts weeks later while successfully completing the Fruit Snack Challenge for social media fans. Reign was triumphant over the temptation to defy her father’s orders to wait until he returned to the room. Toya’s daughter gave a major attitude that included folding her arms. Nevertheless, Reign was able to hold out until her dad returned to the kitchen.

We had to do the #fruitsnackchallenge with @reign_beaux …she was so mad at daddy.🤣🤣