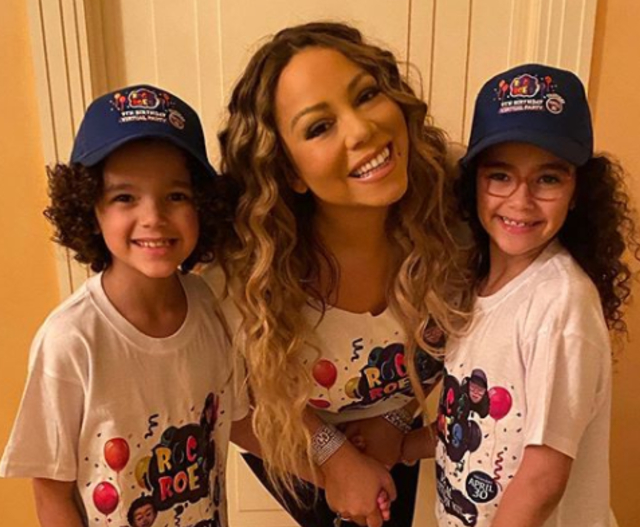 Mariah Carey recently opened up about her family’s experiences with racism. During the October 8 episode of Watch What Happens Live with Andy Cohen, the singer shared a few stories, including the time her 9-year-old son Moroccan Cannon was bullied by a White supremacist.

“Rocky just got bullied the other day by a White supremacist person that he thought was his friend,” said Carey. “It’s like, insane. This is the world we live in.”

Mariah Carey and Andy Cohen discussed her new memoir, The Meaning of Mariah Carey, where Carey writes about how encounters with racism affected her growing up as a biracial girl. “It’s been a struggle for me since I was aware that there was such a thing as race,” said Carey. “And the only reason I was aware so early on was because it became a subject of humiliation for me as a child.”

Mariah Carey shared one story from her childhood when was she was “traumatized” by student teachers who thought she was using the wrong crayons to draw her Black father. Carey told another story about a time she had her White friend Becky over at her house, but “her parents didn’t know I was Black, she didn’t know she was gonna go to a Black man’s house,” and Becky “burst into tears because she was so freaked out.”

Mariah Carey has been reading chapters from her book, particularly the ones about racism, to Moroccan and his twin sister Monroe Cannon, who Carey had with her ex, actor Nick Cannon. “I’m reading certain chapters to them that are helping to illustrate my encounters with racism, and how they can then have a greater understanding, and ultimately a greater reservoir with which to deal with the situation itself,” she explained. “Because it’s hard.”

Mariah Carey also spoke to Cohen about a particularly “traumatic moment” from her childhood with girls who she thought were her friends and Monroe’s sweet response to when she read it to her. “I let her hear that and it was really sweet, she goes, ‘Mommy, those girls, they feel so bad now. I bet they wish they could be your friend,’” said Carey.