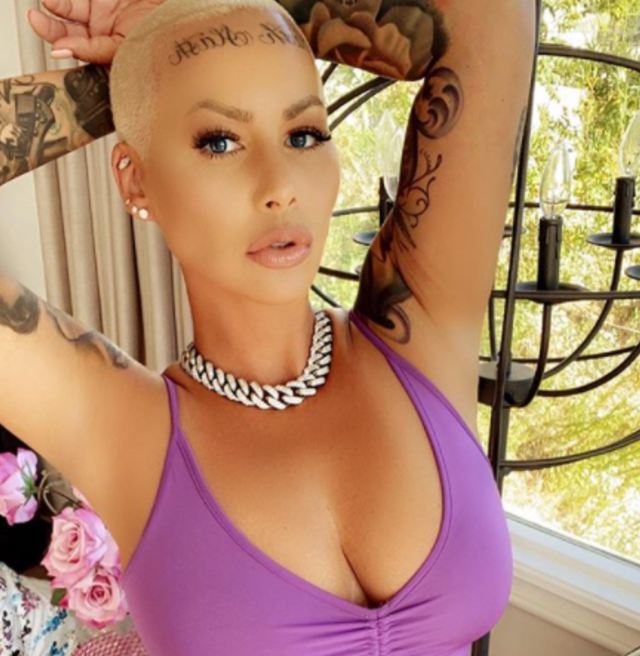 Amber Rose is not letting the haters get in the way of what she wants to do in life. The celebrity mom recently revealed her plans to get more tattoos in honor of her sons, Sebastian and Slash.

“I don’t live my life for other people,” Amber revealed during a recent interview with Stylish magazine. “If I let people affect me in that way, I would just be miserable every day,” Rose added. “I wouldn’t be the great mom that I am. I would be depressed and I would be filled with anxiety.”

Some criticized Amber Rose after seeing her face tattoos. The celebrity mom had the names of her sons inked on her forehead a few months back, which was a move many thought she would regret. On the contrary, though, Amber told Stylish she planned to get more body art to honor her sons.

Happy Birthday Baby! Thank you for loving us so much and being the Amazing father and husband that you are! We are so grateful to have you. This is ur year! Ur Talent, Heart, personality,Smile and Dance moves won me over 2 years ago. You Blessed me with A beautiful lil baby boy Slash and became the Coolest stepdad in the World for my Beautiful big boy Bash and for that I am forever thankful. Now let’s enjoy ur Bday like never before! I love you Sweetheart 🥰❤️🌹

“I’ve been waiting for Sebastian to get older, so I can get his portrait done, and then I’ll get Slash’s portrait a little bit later too when he grows into his features more,” Amber shared with the magazine.

“I love my body,” the celebrity mom continued. “I’m cool with my body and I do what I want with my body,” Amber said. “You just gotta be who you are and if someone likes you, they’ll join the bandwagon and if not, they’re just not for you. It’s not really a big deal for me.”

Amber Rose has one child, Slash, with her boyfriend, Alexander “AE” Edwards. Sebastian is the model’s son with her ex-husband, Wiz Khalifa. Stay tuned for more celebrity mom news!