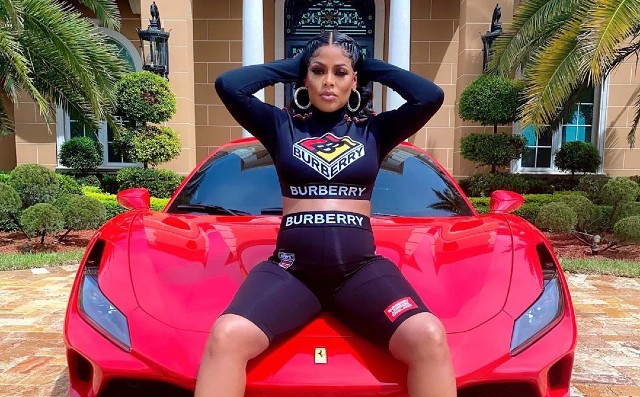 Gucci Mane’s wife, Keyshia Ka’Oir, is under fire after posting new maternity photos. Some critics claim the rapper’s wife was too provocative with her poses.

In her latest pictures, Keyshia wore a Burberry outfit that paid tribute to the sport of racing. The expectant star also sat on one of the family’s exotic sports cars to drive the point home.

Baby on board ❤️🥶🏹 @keyshiakaoir

Some praised Keyshia Ka’Oir’s latest maternity photos as pure brilliance. A few critics, however, took issue with the expectant star’s attire and posture in the shots.

“Girl, you’re pregnant asf,” one critic shared after seeing the pictures of Keyshia. “Get your a*s off that car,” the commenter further scrutinized. “[You’re] doing all that with those tight a*s clothes. Take some mom pictures.” Another critic said, “We know you’re pregnant. You ain’t gotta mention it every time you post.”

Keyshia Ka’Oir and Gucci Mane announced their expectancy of a child earlier this year. The celebrity couple shared the news of their preparations to welcome a son shortly after the initial pregnancy announcement.

“My wife is pregnant,” Gucci Mane told his fans. “My life is great,” the rapper declared.

Keyshia Ka’Oir and Gucci Mane are expecting their son to arrive next year. The little one will join Keyshia’s three children and Gucci’s son from previous relations at home. Stay tuned for more celebrity pregnancy news!

NIA LONG POSES WITH HER KIDS IN CUTE PHOTO: 'RIDE OR DIE'

NIA LONG POSES WITH HER KIDS IN CUTE PHOTO: 'RIDE OR DIE'