Home » NEWS » ANANDA LEWIS ON BREAST CANCER DIAGNOSIS: ‘I HAVE A 9-YEAR-OLD I NEED TO BE HERE FOR’

ANANDA LEWIS ON BREAST CANCER DIAGNOSIS: ‘I HAVE A 9-YEAR-OLD I NEED TO BE HERE FOR’

"I Have No Intention Of Leaving Him" 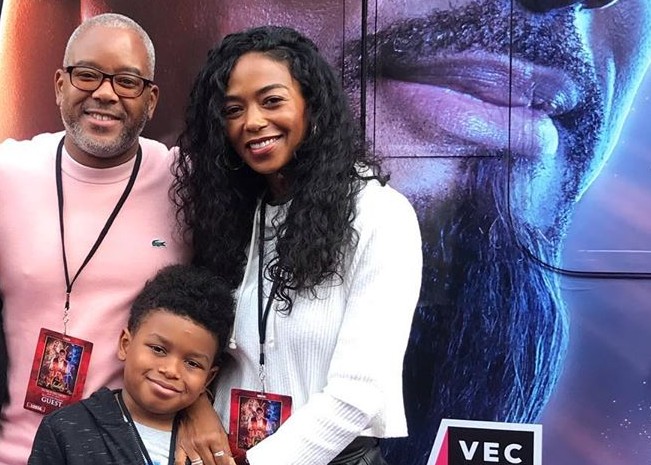 Ananda Lewis is keeping a positive perspective despite her diagnosis of Stage 3 breast cancer. The former BET Teen Summit host shares that her son, Langston, is her motivation to fight.

“I have a 9-year-old I need to be here for,” Lewis shares in an Instagram video. “I have no intention of leaving him,” the television personality says. “I don’t want to leave any of my kids.”

Ananda Lewis is married to Harry Smith, who is Will Smith’s brother. Harry has a daughter from a previous relationship for whom he and Ananda share parenting duties.

“I have been doing 1000 percent alternative and natural protocols and treatments and I have helped this particular condition not spread like wildfire through my body,” Ananda says of her breast cancer treatment plan. “That’s good news,” she adds, “but it’s not gone, and I still have a lot of work to do. And, I wish I could go back.”

Ananda Lewis admittedly did not follow the recommendation of undergoing mammogram tests after turning 40-years-old. “If I had done the mammograms from the time they were recommended, when I turned 40, they would have caught the tumor in my breast years before I caught it through my own breast exam – self-exam – and thermography,” the celebrity mom says. “Early detection, especially for breast cancer, changes your outcome.”