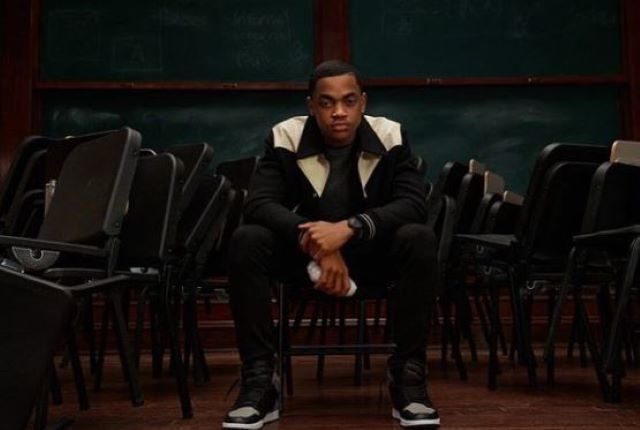 Twenty-year-old Michael Rainey Jr. was first scouted at the age of 9 in New York. He first started building his resume with television commercials, but it was the Italian music video, for Tiziano Ferro’s “Il Regalo Più Grande,” that launched his career. Fast forward and fans have come to know Rainey as Tariq St. Patrick, son of drug kingpin Ghost, on the acclaimed Starz drama, Power.

Rainey started the show when he was twelve-years-old, and now at twenty, he has taken center stage as the lead villain of the Power spinoff, Power Book II Ghost. If you haven’t seen or heard anything about the sequel, it follows Tariq as he attends college, becoming big man on campus, getting his way, until he doesn’t, and in Power fashion, he manipulates everyone and everything around him until they see things his way.

Recently Rainey sat down with The Hollywood Reporter to dish about his thoughts on 2020, the show, and rabid fans. Check out a few experts below on what Rainey had to say.

Rainey’s thoughts on the police violence of 2020.

“When are we ever going to get a break?”

Rainey on becoming the lead for Power Book II: Ghost.

“It’s a way, way bigger responsibility,” he says. “At first I was kind of nervous about it, but once I saw some of the familiar crewmembers [who joined from Power], I felt a lot more comfortable.”

Rainey on the rabid fan base.

“At first I was like, ‘Damn, this is crazy! What’s wrong with these people?’ But after some time I realized this is what I do it for — to get a reaction, whether it’s good or bad.”

Recently Rainey became a Jamaican citizen. This is what he had to say about Island life.

“The old way of living is gone, for sure. [Island life,] It’s everything. I would definitely live there full time if I could.”

To read the article in its entirety, click here. Have you seen Power Book II: Ghost? Tell us what you think…binge it or not? We want to hear from you.

PATRICK MAHOMES IS 'SUPER EXCITED' TO BE A FATHER