DR. DRE’S DAUGHTER CALLS OUT 50 CENT FOR ‘MISOGYNISTIC’ POST ABOUT HER MOM 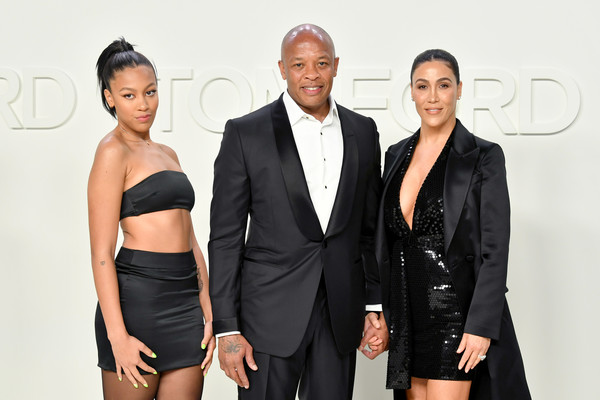 Rapper 50 Cent has many fans, but Truly Young, the daughter of rapper Dr. Dre, is certainly not one of them, as she recently blasted him for making a “misogynistic” comment about her mother, Nicole Young. 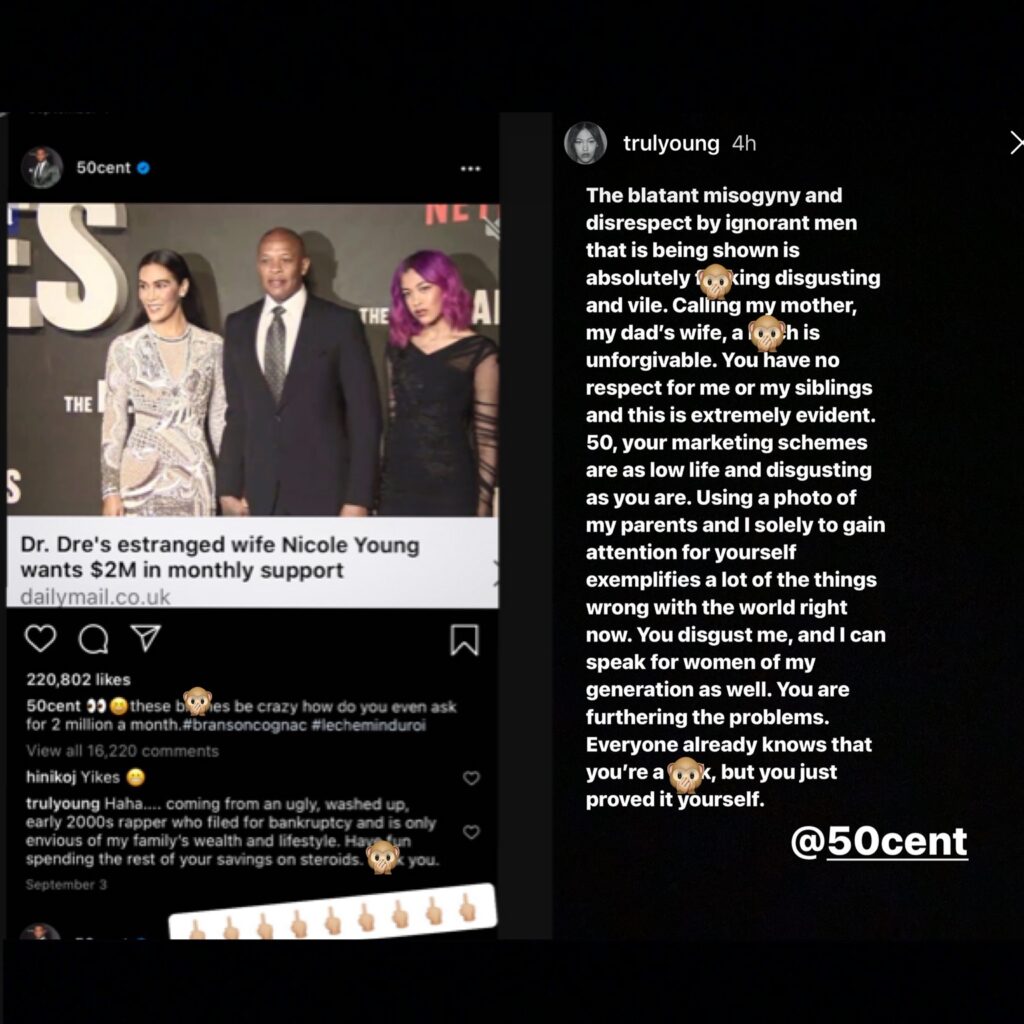 50 Cent, who was mentored by Dr. Dre, had some thoughts on the subject, posting to Instagram a screenshot from a Daily Mail article about the divorce and captioning the post: “👀😆these b—hes be crazy how do you even ask for 2 million a month?”

Truly Young took issue with 50 Cent insulting her mother and clapped back at him, delivering some scathing remarks on her Instagram Story along with nine middle finger emojis: “Haha… Coming from an ugly, washed up, early 2000s rapper who filed for bankruptcy and is only envious of my family’s wealth and lifestyle. Have fun spending the rest of your savings on steroids. F–k you.”

Truly Young didn’t stop there as she went off on 50 Cent in a follow-up post; calling out men who have made misogynistic remarks about her mother. “The blatant misogyny and disrespect by ignorant men that is being shown is absolutely f–king disgusting and vile. Calling my mother, my dad’s wife, a b–ch is unforgivable,” she wrote. “You have no respect for me or my siblings and this is extremely evident. 50, your marketing schemes are as low life and disgusting as you are. Using a photo of my parents and I solely to gain attention for yourself exemplifies a lot of the things wrong with the world right now. You disgust me, and I can speak for women of my generation as well. You are furthering the problems. Everyone already knows that you’re a d–k, but you just proved it yourself.”

As for 50 Cent’s response to his mentor’s daughter calling him out, he posted a tongue-in-cheek photo of himself in a blue suit holding a cigar and staring at his phone with a bewildered look on his face. He captioned the post: “😆Dr. Dre’s daughter just told me to shut the f–k up. 🤐LOL .”