Home » NEWS » GABRIELLE UNION ON HOW SHE PARENTS HER KIDS

GABRIELLE UNION ON HOW SHE PARENTS HER KIDS 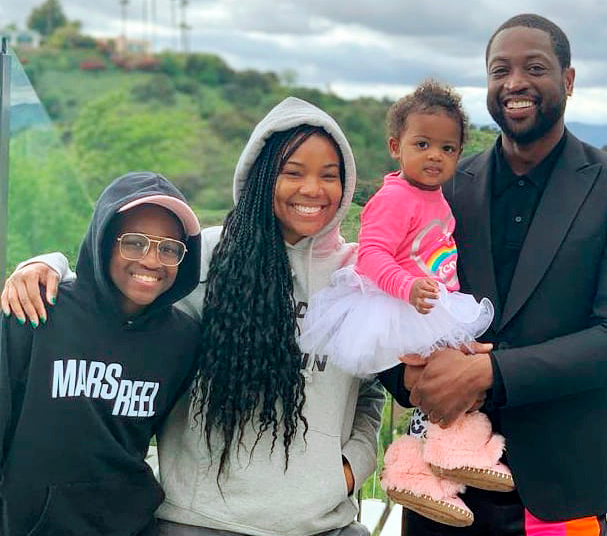 Gabrielle Union, an actress and proud mother, recently opened up on how she parents her children and how she reacts to them dating.

In a recent appearance on The Drew Barrymore Show, Gabrielle Union shared her parenting style when it comes to her children. “You know with each kid it’s a little different. We definitely had to get out of the ‘one size fits all’ parenting rather quickly,” said Union. “So, I am a stepmom to four kids and then we share Kaav together and my husband started his parenting journey pretty young. So I think over time and then since we’ve been married, together we have come into a different parenting style.”

With Kaavia and Zaya, Gabrielle Union and Dwyane Wade are “on the same page,” but when it comes to Zaire and Dahveon, it is a bit different. “With the 18-year-olds, I am like the psychotic, overbearing, ‘What are you doing now?’ kind of parent,” explained Union. “My husband is like, ‘Whatever, they are going to figure it out,’ and I’m like, ‘but we can help them figure it out if we just hover over them!’ So I’m learning to kind of let go.”

Twinning and giggling with @kaaviajames

Gabrielle Union also says that it’s been “really really hard” having Zaire and Dahveon away at school and that now she talks to them more than she did when they lived together. “It’s terrifying for me having them be across the country by themselves on these new journeys and we’re not right there, and it’s driving me crazy,” she said.

When it comes to her boys dating, Gabrielle Union admitted that she is indeed the “psychotic” mom. “The girl situation — I become somebody that I hated dealing with when I was dating as a teen,” says Union. “I’m that mom.”

Our sharing is caring training goes out the window when it comes to @bitsysbrainfood. Buy 2 get 1 free right now at CVS… 2 for her, and the freebie for mom. Coupon avail on Bitsy’s highlights 🎥 by @ayannnamcknight

PUSHA T AND WIFE DOTE ON THEIR BABY BOY