"What's Wrong With A Ginger Baby?" 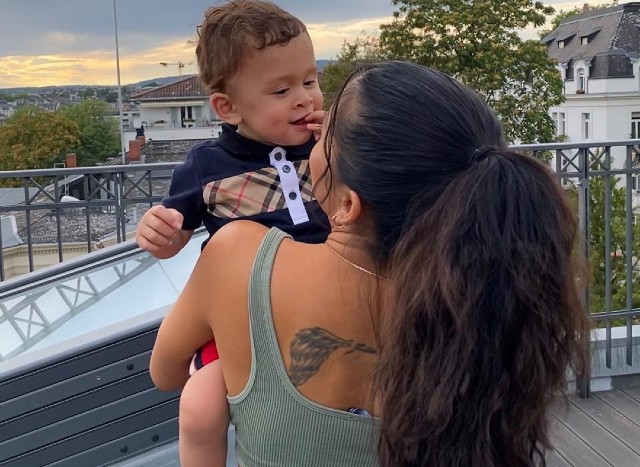 Chris Brown’s ex, Ammika Harris, is not tolerating nasty remarks about her son. The model recently addressed critics who referred to little Aeko Brown as a “ginger baby.”

Ammika shared new photos of her son with social media fans this past weekend. While many appreciated the picture of Aeko hanging with his mom, one troll deemed it necessary to share an opinion that criticized the little one’s physical appearance.

“Chris wanted a light skin Black son like his mini-me, but he got a ginger looking one,” the critic said. Ammika immediately responded by asking, “What’s wrong with a ginger baby? We [are] happy. He is healthy and happy,” the model said.

This is not the first time that social media fans have criticized Aeko Brown’s physical appearance. It was just a few months ago that Chris Brown was forced to close his comments section on Instagram after sharing a candid of his son. Some trolls went so far as to make racial slurs surrounding Aeko’s Asian heritage. Still, despite such hateful remarks, Chris and Ammika continue to upload precious moments of their beautiful son.

“He’s so handsome and you’re such a pretty momma,” one fan said in response to Ammika Harris’ latest picture that featured her with Aeko. “He should’ve been a junior because he’s his father twin,” another supporter said.

Aeko Brown is Chris Brown’s only child with his ex-girlfriend. The celebrity father has two kids in all. Stay tuned for more Chris Brown family news!

ZONNIQUE TALKS BABY'S DUE DATE, HER SURPRISE PREGNANCY AND MORE