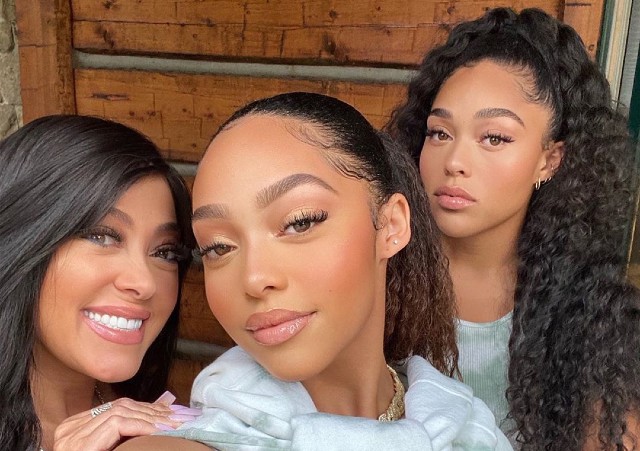 Just call them triplets! Jordyn Woods was recently photographed with her mom, Elizabeth Woods, and younger sister, Jodie Woods. All three of the ladies looked like sisters.

“Girl power,” Elizabeth told her Instagram fans. “Just wait and watch what we do,” the popular mom said. Jodie took center stage in both pictures as her mom and older sister stood either behind or beside her in support. “The baddest girls on Instagram,” one fan wrote in response to Jodie sharing a candid of her and Jordyn spending time in nature.

did somebody say ROAD TRIPPPPP?!

The recent candids of Jordyn Woods and her family have led some to believe the model is planning to debut her own reality series. Some have even viewed the unexpected ending of Keeping Up With The Kardashians (KUWTK) as an open door for Woods to step in and fill the spot.

It would certainly be interesting to see Jordyn Woods along with her mother and younger sister in Reality TV land. The model has, after all, grown in popularity since her affair with Tristan Thompson went mainstream. Khloe Kardashian openly attacked Jordyn and Tristan for what she believed to be a betrayal. Kylie Jenner, Khloe’s sister, also cut significant ties with Jordyn after some of the detail regarding the affair went public.

Jordyn Woods was definitely the subject of a few Keeping Up With The Kardashians episodes. Could the 22-year-old be in the process of turning the controversial press into an income? We will, of course, have to keep watching Jordyn and her younger sister to find out. Stay tuned for more Reality TV news!