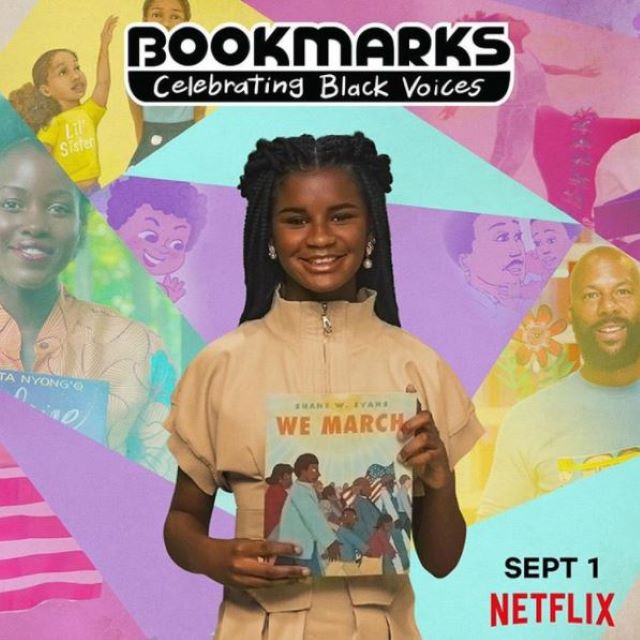 Remember the young lady that was frustrated with the lack of African-American female representation as main characters in books who set out on a social media campaign, #1000BlackGirlBooks, to collect a thousand books featuring black girls?

Well, the pre-teen Marley Davis has grown into an amazing young lady and is now hosting and executive producing a new Netflix show to stream, Bookmarks: Celebrating Black Voices, which aired September 1st.

“Introducing Bookmarks: Celebrating Black Voices📚 So excited to announce that I am the Host AND Executive Producer of this new series❤️,” Dias captioned an Instagram post. “Each episode features a children’s book about Black experiences written by a Black author and read aloud by a Black celebrity. Story time is here September 1. #BookmarksNetflix #1000BlackGirlBooks”

The idea behind the new Netflix series is to bring to life children’s books written by Black authors, illustrated by Black artists, and featuring Black characters. Each episode will feature either the author of the book or a celebrity reading in front of a green screen, showing off the book’s illustrations.

The first book that was introduced in the series was, “I Love My Hair!“, read by Tiffany Haddish. “I Love My Hair!”  follows the story of a young black girl who finds pride in her locks. The illustrations in this book are genius as it shows the different expressions of the young character as she’s actually getting her hair done.

In this premiere episode, Haddish also adds her own commentary about getting her hair done as a little girl and saying how much she liked wearing braids.

Another familiar face that appears in the series is Marsai Martin.

Other readers who will appear in the series are Common, Caleb McLaughlin, Karamo Brown, Jill Scott, Misty Copeland, Kendrick Sampson, Dias herself, among others.

KANDI BURRUSS AND DAUGHTER, RILEY BURRUSS, GET IN THE KITCHEN FOR KROGER PROMO

KANDI BURRUSS AND DAUGHTER, RILEY BURRUSS, GET IN THE KITCHEN FOR KROGER PROMO