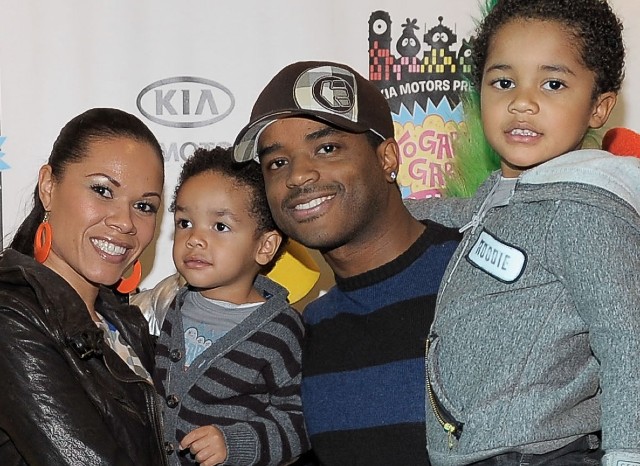 Actor Larenz Tate recently sat down with TV One to talk about his wife of 14 years, Tomasina Tate, and their three sons: 14-year-old Miles, 12-year-old Zander, and 6-year-old Zion Tate.

Larenz Tate made an appearance on TV One’s show “UNCENSORED,” where he covered topics from his acting career to the lessons he and his wife teach their sons about growing up in America. In one part of the interview, Tate spoke about how he and Tomasina make sure their sons know that in America, young Black boys like them are held to different standards than their White counterparts; but they should not let that stop them from “living up to their full potential.”

“So they understand, and I’ll say don’t let that reality stop you from being the best version of who you are and living up to your full potential, or feeling like you’re boxed in, you can’t do anything, you can’t breathe,” continued Tate. “Just understand how it goes. If you get stopped, it’s gonna be different for you than a kid who doesn’t look like you.”

Larenz Tate also spoke about how wrong it is that as a Black father, he has to warn his boys to do things such as not wear hoods at night for fear that they will be seen as threats due to their skin color. “It’s not acceptable that I have to sit and talk to my son, or any of my sons about taking a hood off at night. Name one White parent or family that tells their child, ‘at nighttime take that hood off,'” said Tate.

“Just thinking about how ridiculous that is, but it’s true. Because you can be mistaken for a Black male. Not a Black boy, not a Black child, they see Black male. So Black male can mean he’s 19, he’s 25, he’s 28; he could be a threat when he’s only 13,” says Tate. “Name one family, show one family that has to sit with their children and talk and have these conversations that are not Black.”

“UNCENSORED” with Larenz Tate airs on September 6 at 10/9c on TV One.

STORM REID DISHES TO ELLE MAGAZINE ABOUT "EUPHORIA" AND MORE