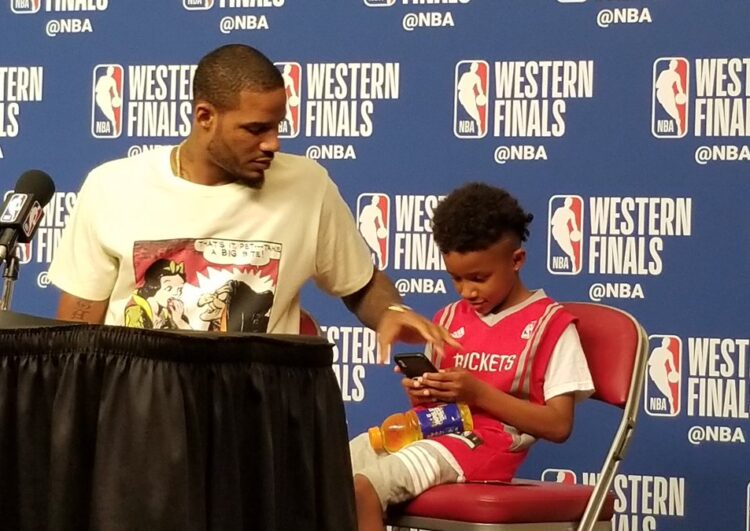 Trevor Ariza of the Portland Trail Blazers has recently been accused of physically abusing his son, 12-year-old Tajh Ariza, by Tajh’s mother Lana Allen, who demanded a restraining order in court. Trevor Ariza “strongly denies” the accusations and vows to fight the case.

Trevor Ariza and Lana Allen have long been battling in court for custody of Tajh, but Allen filed new court documents in Los Angeles, California that allege Ariza has repeatedly abused Tajh since 2019. On at least two occasions, Allen accused that Ariza “clearly crossed a line” when meting out corporal punishment against Tajh. Allen reported the alleged abuse to the Los Angeles Police Department (LAPD) and to the Department of Child and Family Services (DCFS). In her new court documents, Allen demanded a restraining order to keep Ariza away from his son, saying that Tajh “is not safe in his care” and that Tajh “fears” his father.

Upon hearing of Lana Allen’s allegations against him, Trevor Ariza filed a response against them; vehemently denying the child abuse and calling Lana Allen’s claims “patently false.” Ariza claimed that Allen is actually abusing Tajh by trying to destroy his relationship with his father. “What is occurring here is in fact [Allen’s] abuse of the minor child by her relentless, cruel loyalty conflict for [the child], alienation campaign and selfishly driven attempts to interfere in father and son’s relationship,” said Ariza in his court documents. A custody trial is set for October with both Ariza and Allen seeking full custody of Tajh.

Trevor Ariza opted out of the restarted 2020 NBA season with the Blazers (who were defeated in five games in the first round of the NBA Playoffs to the Los Angeles Lakers) to reportedly spend time with his son. Throughout his NBA career, Ariza has played for nine NBA teams, winning the 2009 NBA Championship with the Los Angeles Lakers.

DWAYNE 'THE ROCK' JOHNSON, WIFE, AND KIDS RECOVER FROM COVID-19