TYRESE SAYS KIDS ARE ‘THE GREATEST LEVEL OF ESCAPISM’

"Parenting Is A Real Gift" 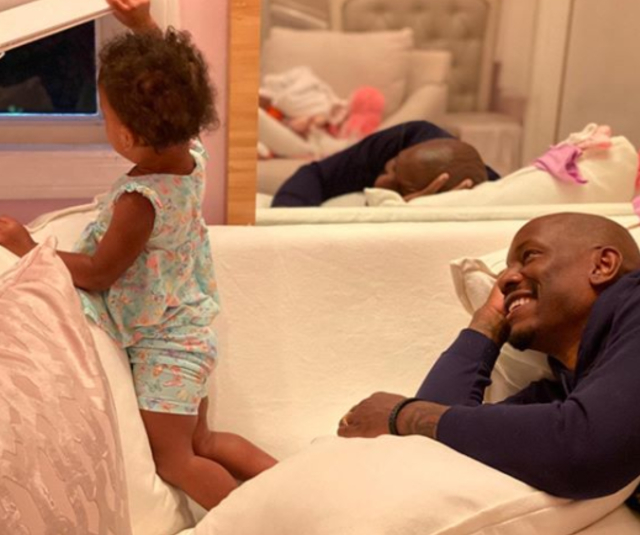 Tyrese is enjoying his life as a husband and father. The FURIOUS 9 star recently took to Instagram to celebrate parenthood.

You see a mansion….. I see my whole WORLD in black pants and a white tank holding our angel that we went half on…. #IwontComplain

“Parenting is a real gift,” Tyrese told his social media fans. “Life’s stresses are very real especially these days,” the celebrity father said. “Kids may be the only reason I repeat ONLY reason that we get a mental break to not have what’s really on our minds to be ON our minds. Even if it’s for a moment,” Tyrese continued. “Our angels are the greatest level of escapism.”

Tyrese has been very vocal about social justice these past few weeks. The celebrity father recently promoted his new single, ‘8:46,’ which was inspired by the murder of George Floyd.

“Racism has tried to stop this video from being released,” Tyrese said of the challenges he endured to get the music video for his new song together. “Multiple people have tried to stop this from ever being seen,” the celebrity father said. “It’s time.”

You can watch the music video for Tyrese’s ‘8:46’ on BET during the network’s “Get Your Knee Off My Neck” special, which airs this Friday (August 28) at 8:46 a.m. (PST). Stay tuned for more Tyrese family news!

MARTIN LAWRENCE'S YOUNGEST DAUGHTER CAN 'SING HER FACE OFF'