Home » NEWS » THIS WEEK IS BLACK BREASTFEEDING WEEK, SO JUST WHAT IS IT?

THIS WEEK IS BLACK BREASTFEEDING WEEK, SO JUST WHAT IS IT? 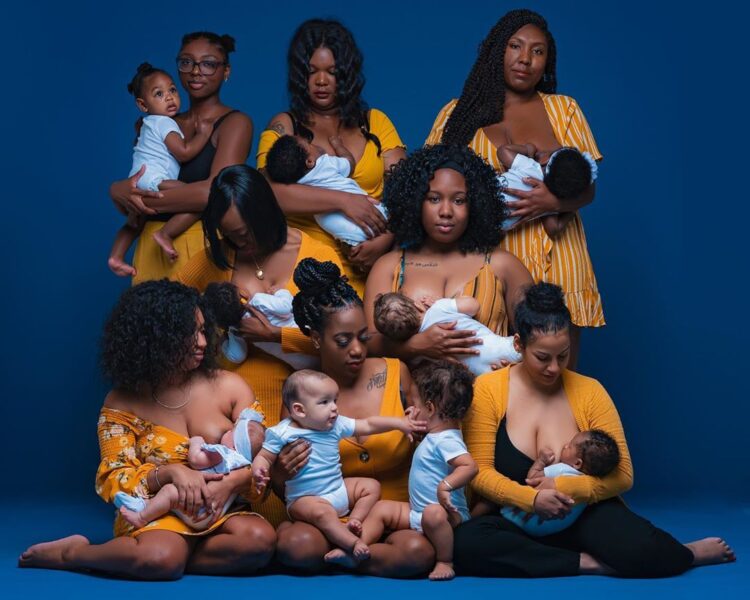 Research has shown that breastfeeding has many benefits for both mom and baby. Deciding to breastfeed your child is a personal decision that more and more Black women are taking on. To help with education and support, Kimberly Seals Allers has become the voice that many moms of color are listening to. Allers, author of The Big Letdown: How Medicine, Big Business, and Feminism Undermine Breastfeeding, also is the founder of Black Breastfeeding Week.

According to the Black Breastfeeding Week website, Black Breastfeeding Week was created because for over 40 years there has been a gaping racial disparity in breastfeeding rates. The most recent CDC data show that 75% of white women have ever breastfed versus 58.9% of black women. The fact that racial disparity in initiation and even bigger one for duration has lingered for so long is reason enough to take 7 days to focus on the issue.

Recently, Allers sat down with Forbes.com to explain in more depth about what Black women should know about breastfeeding and the disparity among mortality rates in Black women when compared to others. Below are the top take-a-ways from the interview.

“The unique social burdens that Black women carry are literally impacting our wombs,” Allers said in the interview. “We really have to dig deeper to look at the role of racism and bias in their care, and the role of racism on their bodies.”

Twenty-one percent of Black mothers have reported perceptions of poor treatment due to race, ethnicity, or cultural background. Allers created the Irth app so that women of color can find and leave reviews about providers to help share experiences.

2. Black women breastfeed at a lower percentage rate than white women do.

During slavery, Black women were forced to stop feeding their own children and forced to use their milk to feed the children of their owners. Hopefully, through the education and support of Black Breastfeeding Week, the percentage of Black women that breastfeed will grow from the current 69 percent.

3. COVID-19 has magnified the effects of pre-existing barriers to breastfeeding.

The pandemic has exposed the extreme inequities in healthcare for minorities. Black communities have been disproportionately affected by the virus as nearly three times as many Black people have died from COVID-19. COVID-19 has adversely affected almost every aspect of life, and that includes the impact on Black breastfeeding.

In the time where almost everything has gone virtual, according to Allers and Carrie Kerpen, author of the Allers interview, here are some great resources you can take advantage of: