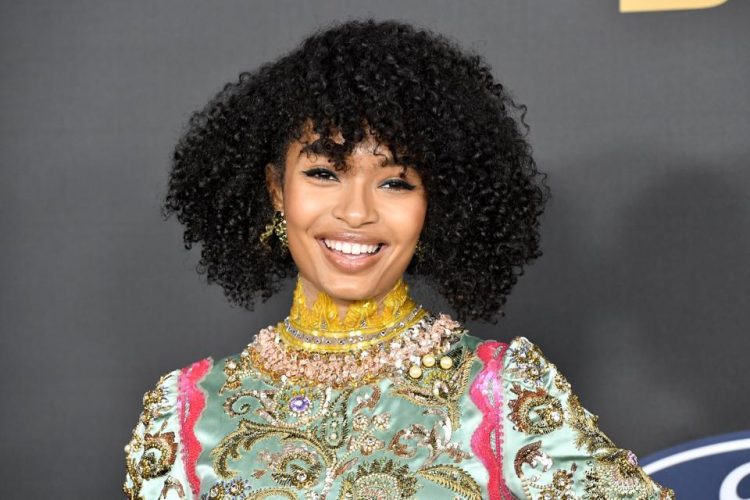 Yara Shahidi may only be 20, but she is an acclaimed actress known not only for her role as Zoey Johnson on ABC’s Black-ish and its spinoff Grown-ish, but also for her tireless activism, which is focused on promoting diversity, inclusivity, and encouraging young people around her age to become politically active.

In July, Yara signed an overall deal with ABC Studios to “develop and produce scripted and alternative television projects for cable, streaming, and broadcast,” through her production company 7th Sun. In a recent interview on the Vibe Check podcast, Yara Shahidi discussed how she works to promote inclusivity and the importance of representing marginalized voices in Hollywood.

“I think there’s so much expansion to be done,” said Yara. “We definitely have to pay our respects to the amount of creators and creatives out in the world who’ve been doing this work, especially in the past couple of years, of really expanding what we see on television. Being in our ABC deal… we’ve been up and running for over a year now,” she continued. “It’s been exciting to develop shows and be in the process of selling them because the two things that have been really important for us about helping correct under-representation.

As such, Shahidi signed her deal with ABC to help remedy that as much as she can. “The first thing that we said was we really want to center voices who’ve been marginalized for so long, or center what has been deemed unfamiliar for so long by mainstream media,” said Shahidi. “But the way we wanted to achieve that was really by ensuring that the team that we put together is as inclusive as the team we wish to share on-screen.”

Yara Shahidi acknowledged that while Hollywood is “getting better” at embracing diversity, it still has a long way to go before it truly becomes a place of inclusion. “I feel like while Hollywood is getting better at that, I do not know how many projects I’ve seen that have an incredibly inclusive cast,” says Yara. “That’s really the next step that’s slowly being taken, saying: “We understand the importance of diversity, but do you understand the importance when no one’s watching?”

KEYSHIA KA'OIR AND GUCCI MANE ARE EXPECTING A BABY BOY

KEYSHIA KA'OIR AND GUCCI MANE ARE EXPECTING A BABY BOY