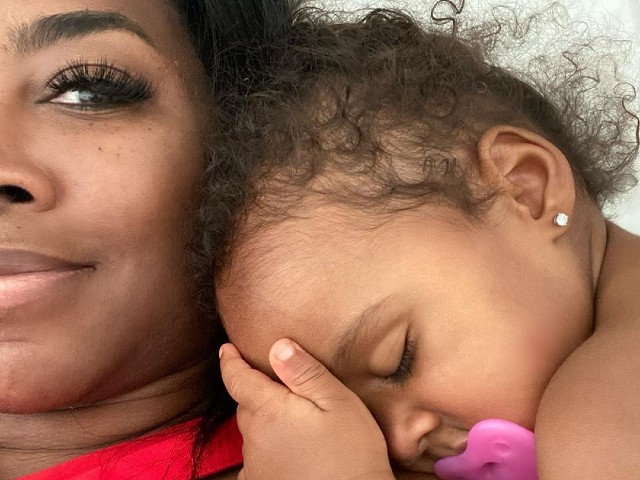 Kenya Moore’s baby girl, Brooklyn Daly, is tough just like her mom. The Real Housewives of Atlanta (RHOA) star recently uploaded a video clip that showed her daughter get up after a rather hard fall during a playtime session at home.

Brooklyn was running around the house in an effort to escape her mom in the video clip. The youngster ran around the same fixtures about three times before growing tired and slowing down. Determined to get away from her mom, though, Brooklyn decided to push herself one last time. The result was the little one running into a furniture piece, which knocked her to the floor.

Unlike some children who would have cried after such a nasty fall, Brooklyn shook off the incident and got up to continue the game. “Tough like her mommy,” one fan noted after seeing the footage.

Kenya Moore has the ability to spend more time with her daughter, thanks to quarantine life. In fact, the RHOA star recently told the press that she considered giving up her full-time nanny because she was having so much fun as her daughter’s sole caregiver throughout the day.

“It is the best upside,” Kenya told PEOPLE exclusively. “Obviously I work on Real Housewives — I have a full-time job half of the year — and I run my businesses [like Kenya Moore Haircare] basically from home right now,” Moore shared.

The celebrity mom went on to talk about her daughter’s personality, which is filled with confidence. “She’s extremely determined,” Kenya revealed to the press. “She is very demanding but she’s also very sweet,” the RHOA star added. “So those are her main personality traits, and it’s just funny to see how she communicates and how she charms you.”