"I Was Not Married And I Turned Out Fine" 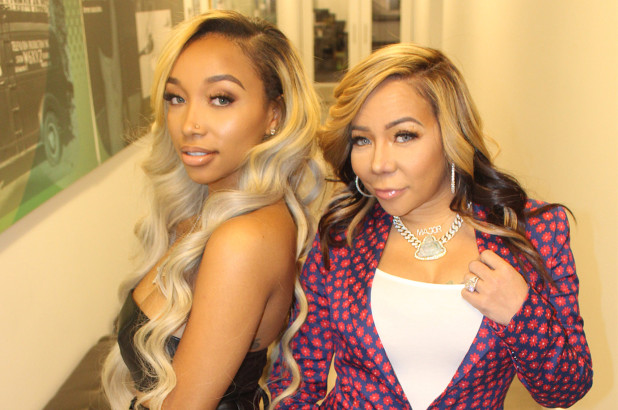 Tiny Harris is not going to let anyone drag her daughter, Zonnique Pullins, through the social media streets. The T.I. and Tiny: Friends and Family star recently defended her child against online critics.

Zonnique shared the news of her expectancy with Israel “Bandhunta Izzy” James a few days ago. Many were excited to hear about Zonnique’s expectancy. Some, however, had nothing but criticism for the 24-year-old. In particular, Internet trolls were offended by Zonnique’s decision to not marry the father of her child just because they were expecting. Some even went so far as to call Tiny’s daughter “another baby mama.”

Tiny Harris did not let the scrutiny of Zonnique coming from complete strangers go unchecked. The Family and Friends star immediately defended her pregnant daughter against the haters.

Tiny went on to tell the critics, “Just because you get married doesn’t mean that you’re going to stay married. A lot of times that is just as hard on a kid — when their parents split — so either way, some of the outcomes turn out to be the same.”

Zonnique Pullins purchased her home months after celebrating her twenty-first birthday. She continues to build her music career years after debuting in the industry with the OMG Girlz. Zonnique is Tiny Harris’ oldest child. Stay tuned for more celebrity pregnancy news!