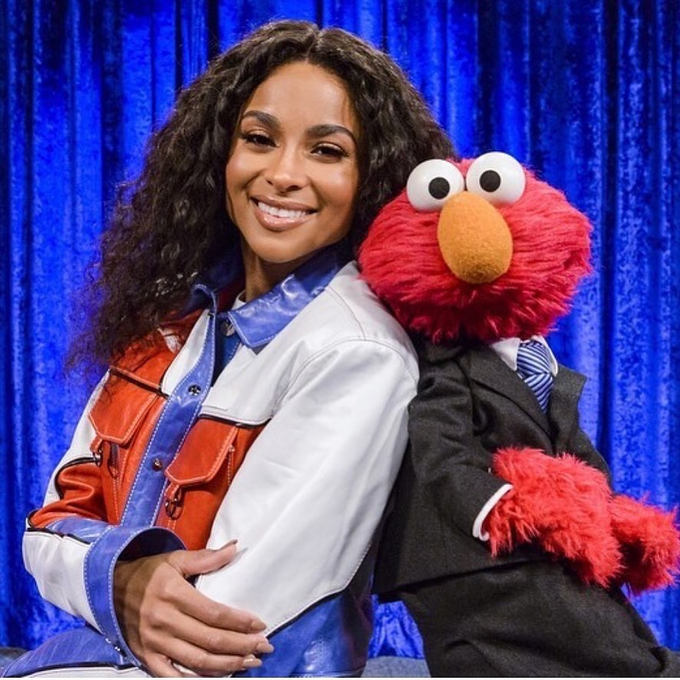 Ciara went down to “Sesame Street” with her two adorable children; performing on Elmo’s HBO Max talk show The-Not-Too-Late-Show with Elmo. Ciara’s children, 6-year-old Future Zahir and 3-year-old Sienna Princess Wilson had an awesome time on set, as they got to meet and even dance with Elmo.

Stopped by the #NotTooLateShow with @elmo and sang a very special song with my Sesame Street friends! Check it out on @hbomaxfamily now!

Ciara took to social media to post pictures and videos of the time she and her kids spent on “Sesame Street.” One video features Elmo holding Sienna’s hands and dancing. He then gives Sienna a cute kiss on the forehead and then hugs Future Zahir before going to film the show. Elmo’s talk show not only stars him, but it also features many of his loveable “Sesame Street” friends like Abby Cadabby, who Sienna got to meet.  “Look mommy, Abby!” Sienna said excitedly to her mom as she chatted with Abby.

One cute Instagram video features Ciara, her children, and Elmo singing together. They sing “go Elmo,” and then he adorably gives each of them a good-night kiss. Ciara captioned the post: “Go Elmo!:) Go Elmo!:) This was so much fun! Thanks again for having us on your show! ❤️.”

Go Elmo!:) Go Elmo!:) This was so much fun! Thanks again for having us on your show! ❤️

With the lovable Muppets created by legendary puppeteer Jim Henson, “Sesame Street” has delighted and educated children like Future Zahir and Sienna since 1969. “Sesame Street” was originally made to combat racism, and in light of the murder of Minnesota resident George Floyd by police on May 25, “Sesame Street” teamed up with CNN in June to host a town hall addressing racism.

Ciara shares Future Zahir (who she had with rapper Future) and Sienna with her husband, Seattle Seahawks quarterback Russell Wilson, along with their new baby, Win Harrison Wilson. Ciara’s appearance on Elmo’s show was filmed before Win was born, but perhaps when he’s a bit older he’ll get a chance to play with Elmo and his friends on “Sesame Street.”