KIM KARDASHIAN CELEBRATES HER GRANDMA’S BIRTHDAY WITH HER 4 KIDS 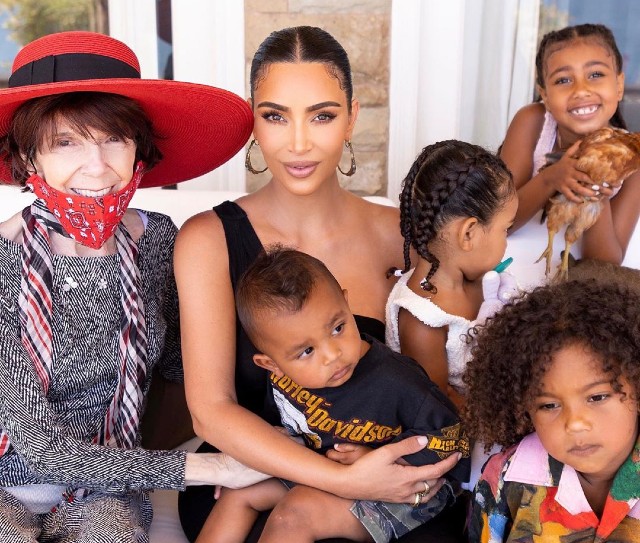 Kim Kardashian captioned the photos: “Happy 86th birthday to my grandma Mary Jo. Last week we celebrated my sweet grandma and she hasn’t left her house since January. First, she was sick and then COVID lockdown. So we got her best friends tested and driven up from San Diego to celebrate MJ.” Kim treated her grandmother to a beautiful floral cake and even got her favorite singer to perform for her. 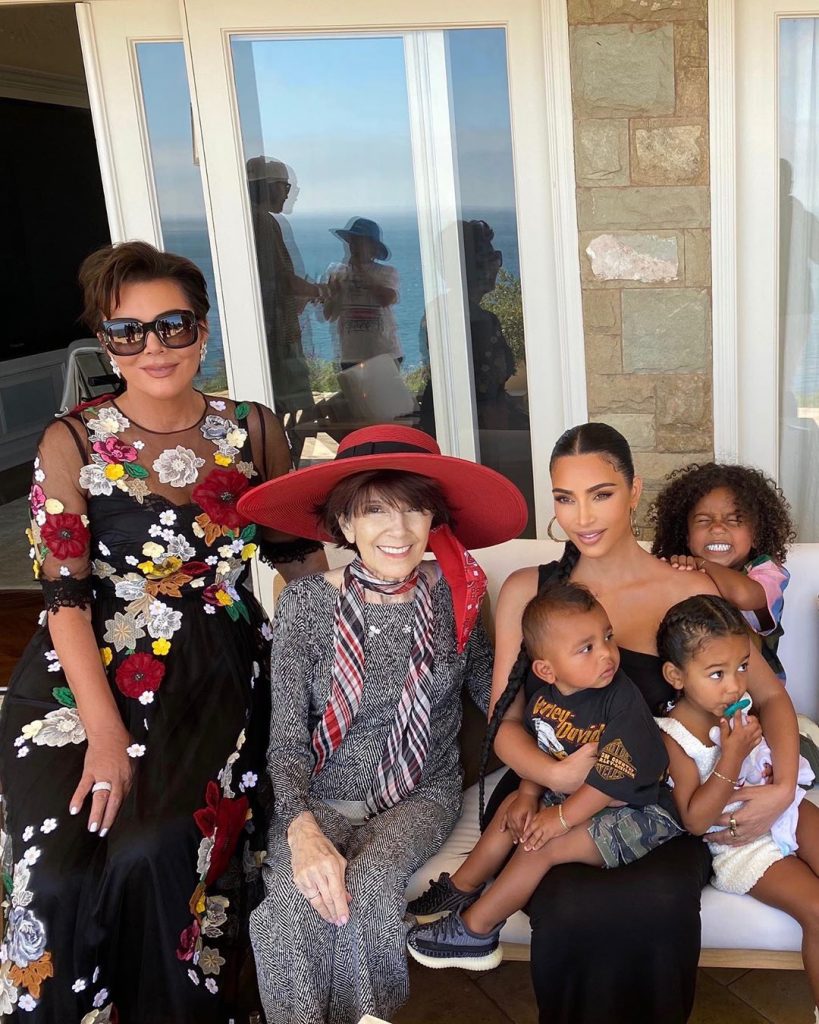 Absent from the photos was Kim’s husband Kanye West, as their marriage has been reportedly strained since Kanye’s Presidential campaign launch on July 19, where he tearfully revealed that he and Kim considered aborting North when she was pregnant with her. Kim defended Kanye and addressed his Bipolar disorder; asking for “compassion” and “understanding” in a statement on her Instagram Story on July 22. 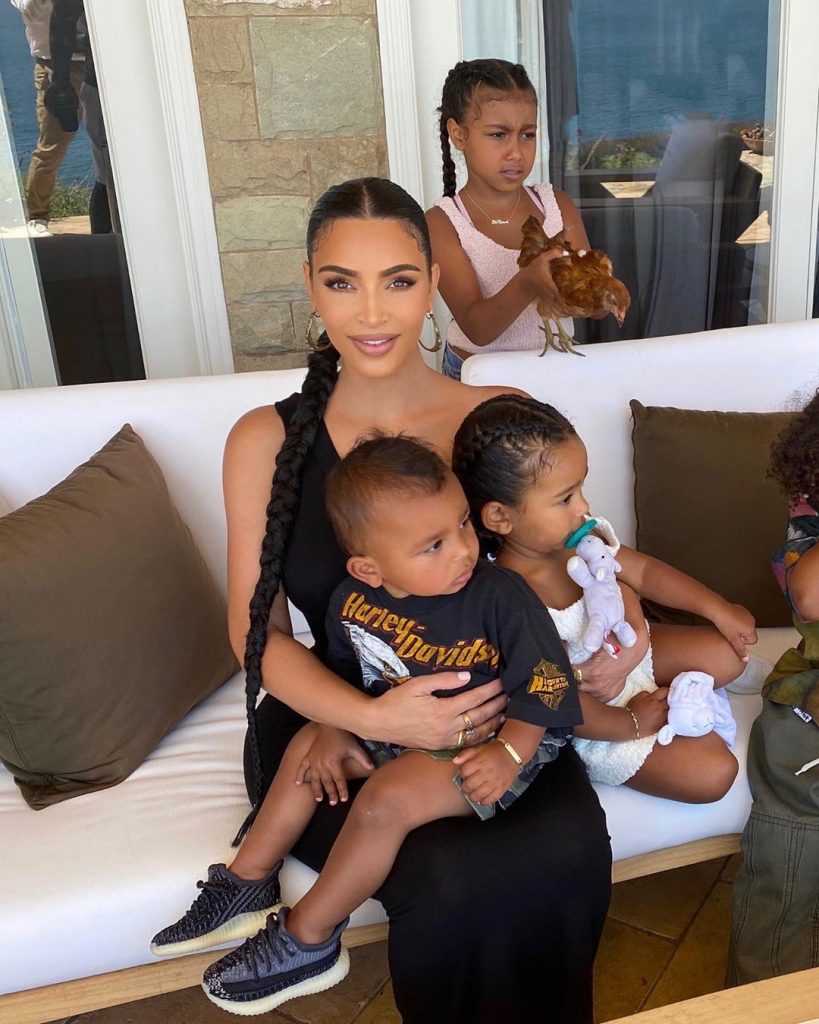 “We as a society talk about giving grace to the issue of mental health as a whole, however, we should also give it to the individuals who are living with it in times when they need it the most,” said Kim. “I kindly ask that the media and public give us the compassion and empathy that is needed so that we can get through this. Thank you for those who have expressed concern for Kanye’s well-being and for your understanding.”

Kanye West apologized to his wife for “going public with something that was a private matter” three days later via Twitter. Kim, who currently lives in California with their four kids, visited Kanye at his home in Wyoming on July 27 to “plea with Kanye to get help and try and figure out some sort of resolution for the two of them and their family.” She reportedly flew back to California the next day and is considering divorce. 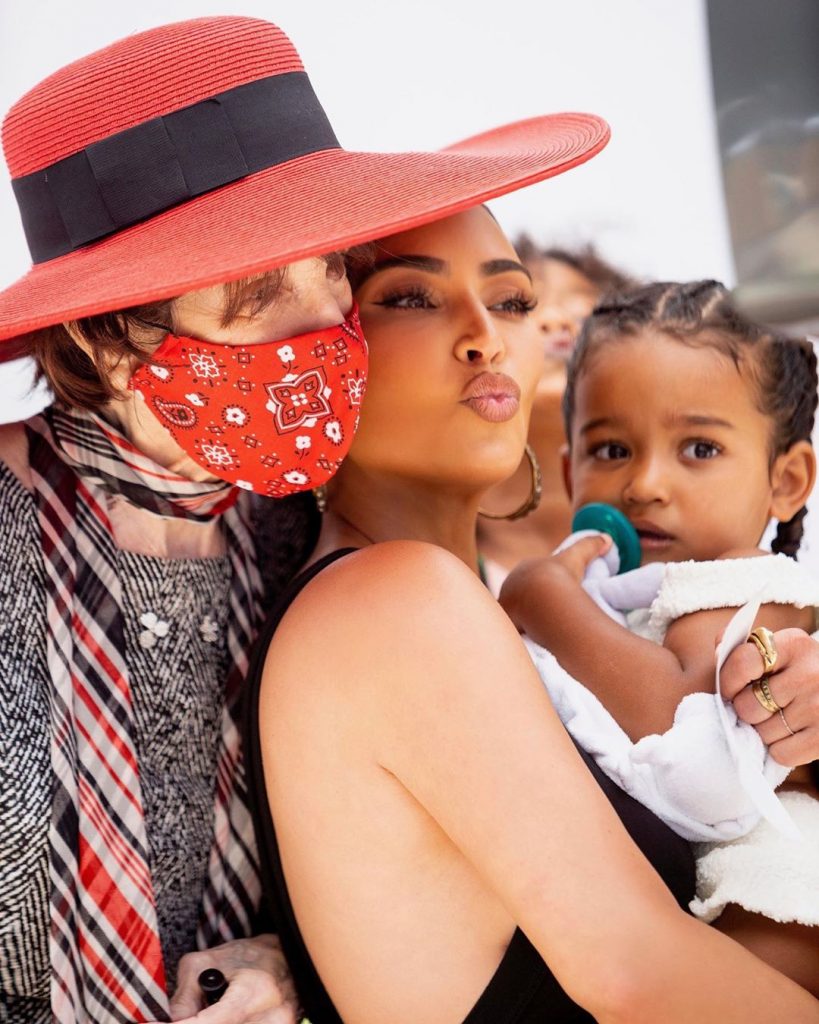 Recently, Kanye West again spoke about the time he thought about aborting his eldest daughter on Twitter, writing: “I cried at the thought of aborting my first-born and everyone was so concerned about me… I’m concerned for the world that feels you shouldn’t cry about this subject.”

KENYA MOORE'S BABY GIRL IS HAVING THE TIME OF HER LIFE