Home » NEWS » CRAIG MELVIN: ‘MY WIFE AND I HAVEN’T HAD A CONVERSATION WITH OUR SON ABOUT RACE YET’

CRAIG MELVIN: ‘MY WIFE AND I HAVEN’T HAD A CONVERSATION WITH OUR SON ABOUT RACE YET’

"We Are Still Having These Conversations Between Ourselves" 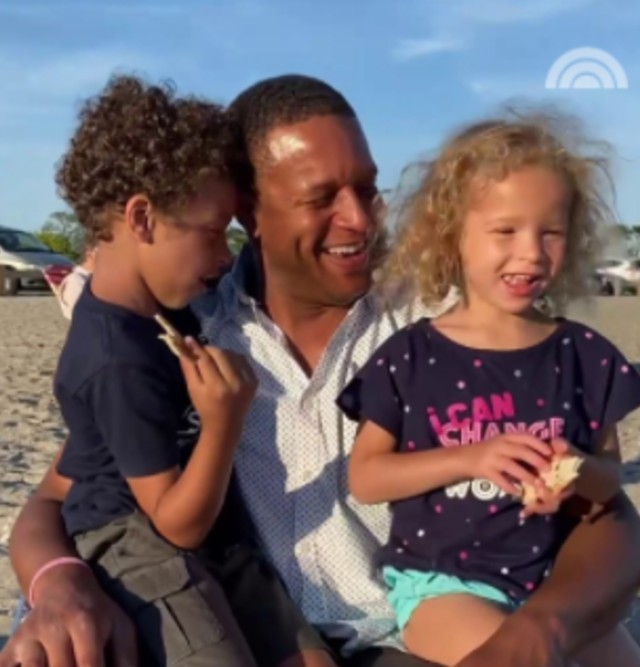 Craig Melvin has not discussed race with his 6-year-old son just yet. The MSNBC anchor explains to Men’s Health how he and his wife, Lindsay Czarniak, handle sensitive matters revolving around racial injustice in America.

“Today, my son is six, and we also have a daughter, who is three. I don’t know when it happens in terms of age, but they haven’t even questioned race yet,” Melvin admits. “That’s remarkable,” the celebrity father adds. “At what point in our lives do we decide to classify everyone? I know that it does happen, and there will come a day that the Band-Aid is off and there’s no putting it back on.”

The “Band-Aid” came off Craig Melvin later in life. It was during the journalist’s coverage of Trayvon Martin and Mike Brown that he realized he was living a “double life.” Although Craig has researched and delved into many other stories where race played a significant factor in seemingly curving the wheels of justice since his experiences in 2013 and 2014, the MSNBC anchor has not fully processed white supremacy in the United States.

“My wife and I haven’t had a conversation with our son about race yet,” Melvin admits to Men’s Health readers. “Some of that is because we’re not sure what to say yet,” the celebrity father continues. “We are still having these conversations—between ourselves and among our family—conversations about how it doesn’t matter how high-profile your job, what your ZIP code is, or whether you ‘yes ma’am’ or ‘no sir.’ The reality is that on some chance encounter with an officer where something goes wrong, you realize that there’s nothing you can do.”