Home » NEWS » CHRISTINA MILIAN, MATT POKORA AND KIDS ARE LIVING IT UP IN PARIS

CHRISTINA MILIAN, MATT POKORA AND KIDS ARE LIVING IT UP IN PARIS 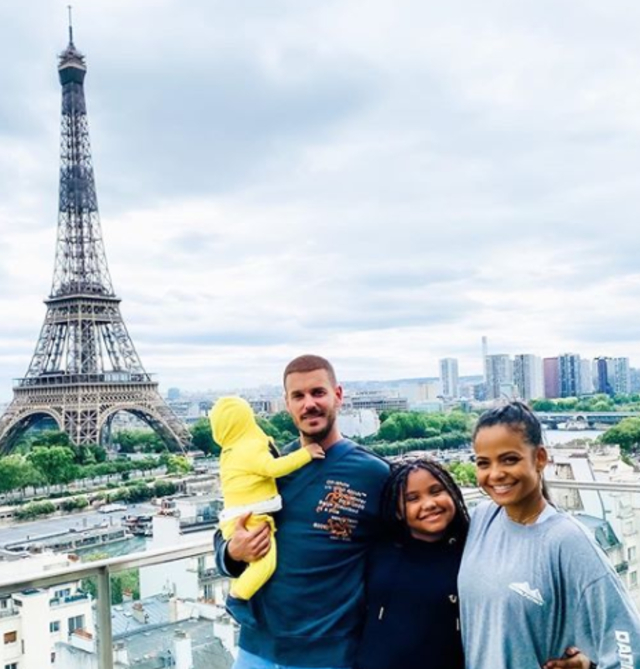 Christina Milian is spending quality time with her boyfriend, Matt Pokora, and kids, Violet and Isaiah, in Paris. The celebrity mom recently shared pictures from her time in the city.

“Parents in Paris,” Christina told her Instagram fans. The celebrity mom also uploaded a candid of herself while posing in front of the Eiffel Tower alongside her boyfriend and the kids. “Family first,” one fan wrote in response to the picture of Milian and her family.

It is hard to believe that it has been over six months since Christina Milian and Matt Pokora welcomed their son. “And so we begin,” Christina shared the day after she gave birth to her and Matt’s son. “Isaiah 1/20/20,” the celebrity mom continued. “Simply perfect. The world is yours Son,” Christina said.

Matt Pokora was overjoyed to learn that he and Christina Milian would welcome a son. The French recording artist leaped for joy upon seeing blue smoke at his son’s gender reveal party. Christina laughed while celebrating the family’s expansion alongside her daughter.

Isaiah is Matt’s first child. Christina was sure to take to Instagram on Father’s Day to celebrate her boyfriend. “I’ve never seen a man look forward to changing EVERY stinky diaper like you and catching every moment Isaiah does something new,” Milian wrote to her boyfriend. “I’m happy you can experience the best feeling God could bless us with.”