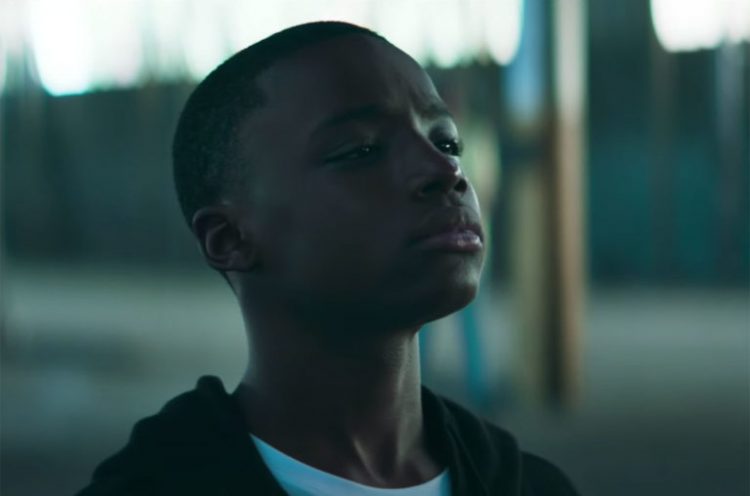 On May 26, one day after Minnesota resident George Floyd was killed by police, which sparked Black Lives Matter protests around the nation, Florida native Keedron Bryant posted an emotional video of himself singing “I Just Wanna Live” on Instagram. He captioned the post: “Just singing what’s on my heart…hope this blesses someone🙏🏾❤️.”

Keedron Bryant’s video soon went viral, earning him praise and acclaim from big names such as producer Dr. Dre, NBA great LeBron James, pop legend Janet Jackson, and even President Barack Obama. “I Just Wanna Live,” which was written by Keedron’s mother Johnnetta Bryant, propelled him to viral stardom, as he’s made appearances on CNN, The Ellen DeGeneres Show, and he got a record deal with Warner Records.

Now Keedron Bryant returns with a new music video for “I Just Wanna Live,” and it held nothing back. Directed by Sara Lacombe, the video begins with a voiceover of children reciting the Pledge of Allegiance while a giant American flag drips blood. It then shows Keedron on his knees delivering his song’s emotionally-charged verses, “I just wanna live, God protect me/ I’m a young Black man/ Doing all that I can” while an angry White cop points a taser gun at him. The stirring music video features powerful imagery that evokes the racism and police violence that Black Americans have suffered for generations.

It includes a hanging bundle of handcuffs, a black hoodie with Skittles and iced tea in the pockets (a reference to the 2012 murder of Trayvon Martin), and an American flag tied into a noose. One part of the music video shows a Black man with the names of Black people who were murdered by police painted on his body, like George Floyd and Breonna Taylor. A bloody police badge and the image of police officers pointing American flags at Keedron’s neck like spears express the anti-police brutality message of his song, along with protestors clashing with police. The end of the video offers a short, yet profound message of hope, with the cop who pointed the taser at Keedron extending his hand.