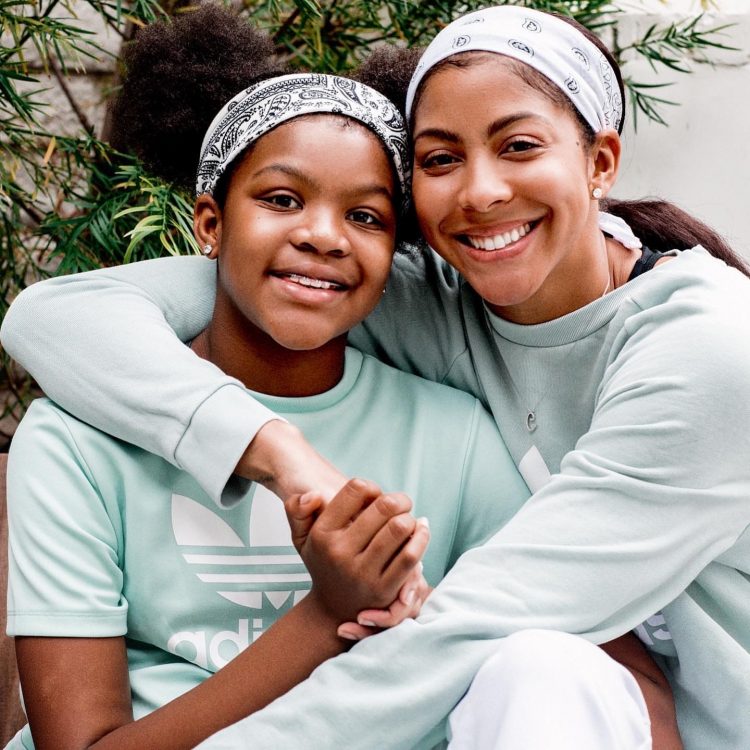 WNBA star Candace Parker of the Los Angeles Sparks and her 11-year-old daughter Lailaa Williams are both ready for the upcoming 2020 WNBA season.

5th grade is CONQUERED! Lailaa I’m SO proud of the person you developed into these last 6 years. Thank you to the best Principal, teachers, administrators and staff that made Woodcrest home for 6 years! It went by fast, but Lailaa LOVED being a Woodcrest Dolphin. Sad to say goodbye but grateful for the next chapter in our lives! 💙

The 2020 WNBA season is set to begin on July 25 at IMG Academy in Bradenton, Florida. IMG Academy will host all 12 of the WNBA’s teams in a restricted “bubble” environment due to COVID-19 concerns, as all the housing, training, and games will take place there. The season will consist of 22 games (shortened from 34 games last season) followed by the traditional WNBA playoffs format.

We #PlayGigisWay today and everyday to honor Gigi’s Birthday and her legacy! Mambacita YOU have inspired Lailaa in so many ways because you always gave your all and led with kindness! @vanessabryant ❤️❤️❤️ sending all the love your way you are an AMAZING Mommy.

Even with the extensive safety measures of the “bubble,” playing in the WNBA season still carries a fair amount of risk, and seven of 137 WNBA players have already tested positive for coronavirus. However, WNBA champion and two-time WNBA MVP Candace Parker refuses to let that stop her and is looking forward to showcasing her talent this season. “Basketball has been something that I’ve always leaned on my entire career, my entire life really, when things aren’t going well,” said Parker upon arriving at IMG Academy. “I look to that for joy. And as much anticipation and hesitation that there has been going into this season, when we got here, we stepped on the floor. I mean, I was smiling the entire time.”

Fortunately, Candace Parker won’t be in the “bubble” alone; her dear daughter Lailaa Williams will be there to support her. The WNBA allowed the players to bring their children with them into the “bubble,” and they can even hire caretakers for assistance. “We’re a package deal,” says Parker. “One GM in the NBA said this can be the greatest of ideas, going to the bubble, or it can be catastrophic. I don’t know if there’s an in-between. Obviously, everybody going in would be taking a chance, but I’m hoping everything works out.”

During these times, Lailaa and I have been thinking of the best way we can spend our time. Now, more than ever, spreading love and kindness is so important. Share the acts of kindness that you've shared or received and let's spread the positive vibes. @visiblemobile has just launched #VisibleActsofKindness. And we are working on something special for some of you who share your stories. #brandpartner