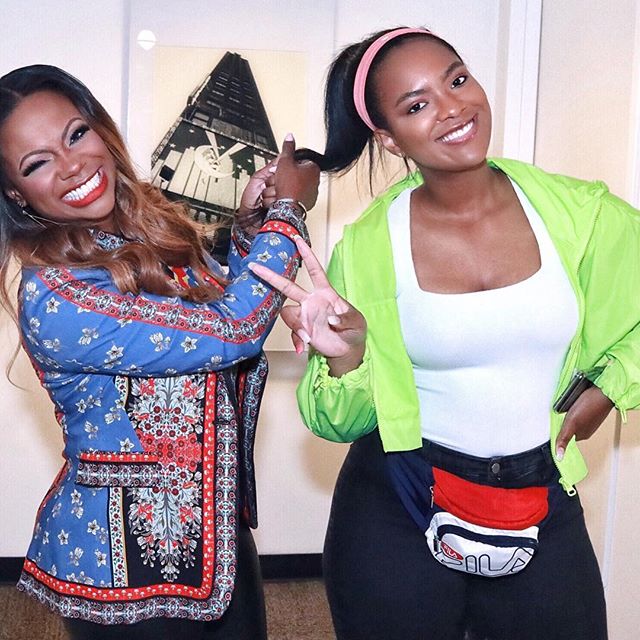 “Did she get a nose job?” That’s just one of many questions fans are asking after seeing a new video clip of Riley Burruss with her mom, Kandi Burruss. The Real Housewives of Atlanta (RHOA) star and her daughter took to Instagram for a bit of fun with dancing earlier this week. Many fans, however, could not get beyond Riley’s appearance long enough to appreciate the mother and daughter’s special time.

Since graduation would have been today the fam came through to congratulate me❤️ Thank you to everyone who came and showed love! NYU next!💜🤍 #socialdistancing

“Who is that,” one social media fan asked. Another follower responded to the question by writing, “I’m thinking the same thing. But I think it’s Riley. I think her nose look different.” Several other fans agreed with one follower even saying, “I liked the other nose.”

Neither Riley nor Kandi have confirmed or denied the young adult undergoing plastic surgery of any kind. It was, however, just a few weeks ago that Riley Burruss decided to do a big chop that left her with a beautiful afro. The young adult received a lot of praise for rocking her natural hair. Riley’s latest appearance, however, appears to have some social media followers feeling a certain way.

Regardless of what outsiders may think, Riley Burruss is well on her way to success. The youngster graduated from high school in May after receiving her acceptance letter from New York University (NYU).

J COLE CONFIRMS THAT HE HAS 'BEEN BLESSED' WITH TWO KIDS