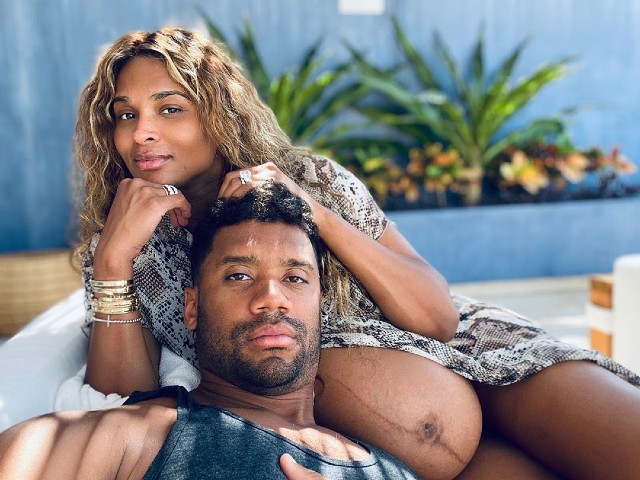 Seattle Seahawks quarterback Russell Wilson might need a hand after his new baby boy is born, because the last time his pop singer wife Ciara gave birth, she squeezed his hand so hard it almost broke.

4 Years of Pure Joy, Love, and Laughter. You have been the Light and Blessing I’ve always wanted and always needed. You beam like the Sun. I am grateful for the woman you are, the mom, the amazing wife, business woman, leader, lover, and giver of your heart to so many people around the world. I am forever changed. Always & Forever. I Love You Mrs. Wilson @Ciara ❤️❤️❤️ #HappyAnniversary

Russell Wilson also spoke about balancing his football career with his family, especially with his new son on the way. “I’m trying to get as much relaxing time because I know I’m going to have to be doing baby duties here soon while trying to play football,” he said. “So, it’s going to be an interesting balance.”

Russell Wilson is very much looking forward to returning to the football field, however, he and many other prominent NFL players are concerned about the NFL’s lack of safety protocols for players amid the COVID-19 pandemic. Wilson is especially concerned since Ciara is pregnant, and he made his concerns known in a tweet criticizing the NFL for not addressing player safety. “I am concerned. My wife is pregnant. @NFL. Training camp is about to start… And there’s still No Clear Plan on Player Health & Family Safety. 🤷🏾,” said Wilson. “We want to play football but we also want to protect our loved ones. #WeWantToPlay.”