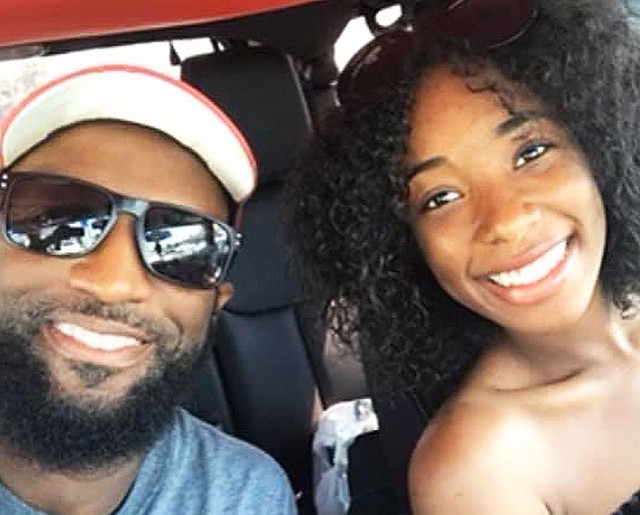 Aaryn Smiley, the 19-year-old daughter of comedian and radio host Rickey Smiley, was shot three times in Houston, Texas over the 4th of July weekend. Fortunately, Aaryn is recovering well and is even starting to slowly walk again.

According to investigators, the shooting followed an incident at a separate location on July 5. At a red light on Houston’s south side, a suspect pulled up next to a black Infiniti and started shooting, wounding three people and Aaryn Smiley, who was caught in the crossfire, as she was also waiting at the same red light. The three victims in the Infiniti drove to a hospital and are expected to survive. The police are looking to find the suspect, asking anyone with relevant information to contact authorities.

A distraught Rickey Smiley, who has four kids including Aaryn, appeared on his show “The Rickey Smiley Morning Show” on July 6 to reveal the terrible news. “My youngest daughter was shot last night. She’s in the hospital right now… I’m just so angry,” said Smiley. “She’s just crying, she’s scared, I can’t get to her and I just hate it.”

As for Aaryn, she made it to the hospital and had surgery for her wounds. She posted to Instagram, via her father’s account about how grateful she was to still be alive; noting that the bullets that hit her legs were designed to pierce armor, but the one that would have hit her in the head wasn’t. She also spoke about how “alone” and “terrified” she was, since her parents weren’t allowed in her hospital room due to COVID-19 concerns.

Luckily, Aaryn’s operation was successful, and her recovery is progressing well. Rickey posted a short video to Instagram showing his daughter’s progress, which ended with a picture of her walking (with the aid of a walker). In the caption, Smiley thanked his fans for their prayers and well wishes, saying that they are “really helping” Aaryn. “My Daughter Shows Her Progress,” wrote Smiley. “Your prayers are really helping my daughter @ryn.smiley!! Thank you!!!!”