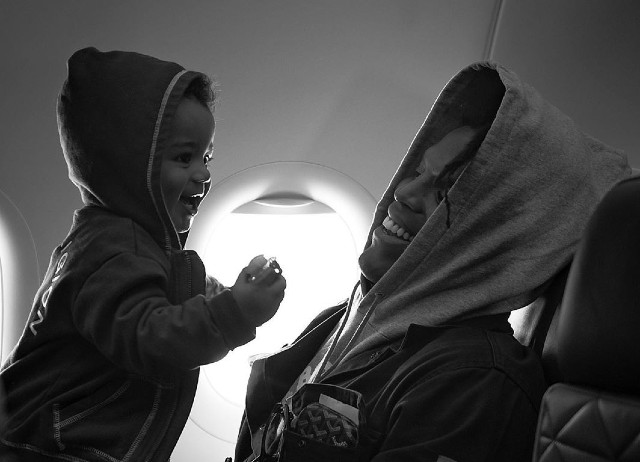 On the 4th of July, Cam Newton posted a black-and-white picture of himself and his adorable son. In the caption, he wrote a joyful message celebrating Caesar on his first birthday, which reads: “HAPPY BIRTHDAY KING CAESAR. I have grown so much with you being here on this earth and I am constantly reminded by what my PURPOSE, discipline, & DRIVE is; THANK YOU SON enjoy your day!!«•CAESAR LORENZO NEWTON•».”

La Reina Shaw, Cam Newton’s girlfriend and Caesar’s mother, also celebrated Caesar turning one with an Instagram post. She posted a few photos of herself and her son and celebrated his big day in the caption, writing: “HAPPY 1st BIRTHDAY to my sweet little boy! I am so grateful for your beautiful soul! Seeing you smile, laugh, learn, and grow is God’s most beautiful work, and something I will forever be grateful for! Mommy loves you to the moon and back to infinity and beyond forever and ever #July4.”

Caesar Newton is not the only one of Cam’s children to have a recent birthday. Cam’s son, Camidas Newton, who he had with his ex-girlfriend Kia Proctor, celebrated his second birthday on July 6, two days after Caesar’s. Cam celebrated his son’s special day on Instagram, posting a few adorable black-and-white photos of him. In the caption, Cam wrote: “HAPPY BIRTHDAY CAMIDAS. May this day bring you as much happiness and joy to you as much as when I see YOU‼️ You are STRONG, you are MIGHTY, you are SMART, you are BEAUTIFUL, and lastly, YOU ARE A KING!! happy birthday. KING MIDAS CAMIDAS SWAIN NEWTON.”

Between La Reina Shaw and his ex Kia Proctor, Cam Newton has seven children (five biological and two stepchildren). With Kia Proctor, Cam had: 4-year-old Chosen, 3-year-old Sovereign-Dior, Camidas, and Cashmere Newton (born December 2019). Kia also has her 12-year-old daughter Shakira from a previous relationship. On La Reina’s side, she and Cam had Caesar together, and she also has a son, Jaden, from a different relationship.