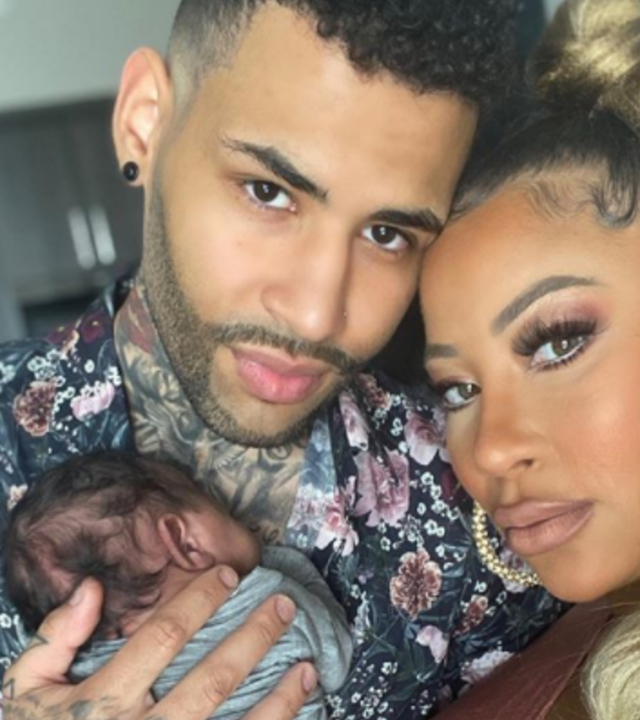 Hazel-E is counting all of her blessings after giving birth to her daughter, Ava Dior Waller. The Marriage Boot Camp: Hip Hop Edition star recently shared pictures of her family with Instagram fans.

Hazel-E and her fiance, De’Von Waller, welcomed their daughter last month. The former Love and Hip Hop: Hollywood (LHHH) star introduced her daughter to the world days after giving birth.

“Meet our heartbeat @avadiorwaller,” Hazel told her Instagram fans. “You’re literally everything I dreamed of and more,” the celebrity mom wrote to her daughter.

De’Von Waller proposed to Hazel-E a few months back. Since then, the celebrity couple has discovered a few hiccups in the relationship that need to be addressed before tying the matrimonial knot. Such is the reason why fans see De’Von and Hazel on the latest season of Marriage Boot Camp: Hip Hop Edition.

“We had a couple of issues that I thought that we needed to have a professional hear from,” De’Von said during a promotional clip for the show. Hazel went into even greater detail by saying, “He’s got anger management issues and I might be a little too bossy.”

Fans of Hazel-E can catch her and De’Von Waller in the season premiere of Marriage Boot Camp: Hip Hop Edition, which airs tomorrow (July 2) at 9/8c on WeTV.

TOYA JOHNSON POSES WITH HER 'GREATEST BLESSINGS' IN ADORABLE PHOTO