PHAEDRA PARKS HAS ‘DIFFICULT CONVERSATIONS’ WITH HER CHILDREN ABOUT RACISM 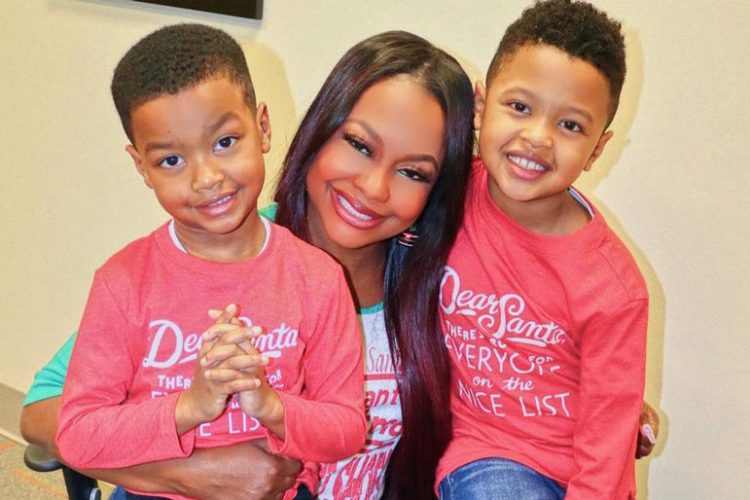 Like many Black parents, Real Housewives of Atlanta (RHOA) star and lawyer Phaedra Parks has had to have “difficult conversations” about racism with her children; following the May 25 murder of Minnesota resident George Floyd at the hands of police officers.

Black parents teaching their kids about racism and how to interact with police has long been part of Black culture. In a recent interview with Us Weekly, Phaedra Parks spoke about the discussions about racism she has with her two sons, 10-year-old Ayden and 7-year-old Dylan Nida, who she had with her ex-husband Apollo Nida.

“They’re very politically savvy, but at the same time, it’s always been important to me to be very honest with them about being a person of color, in particular an African American person, and letting them know that although we live a very affluent lifestyle, that’s not always the norm,” said Parks. “It’s sort of tough to talk about it because it’s not a comfortable conversation, but it’s a conversation that you have to have if you expect to affect change and you want change to come from the ground up.”

Along those lines, Phaedra Parks recently posted to Instagram a picture of her two smiling sons, and in the caption, she wrote about how she, as a mother of two Black boys, stands up for Black men against racism as much as she can.

“When people ask me why I go so hard for #black #men and #boys my #answer is- my two #sons, my two #brothers, and my #dad. When I see how hard they #work, #love, and try to do more for me and our #family it propels me to speak up for every Black man and boy,” wrote Parks.

“I know the #police can’t see their intelligence, wit, integrity, or desire to leave a meaningful legacy but if they could just see them as someone’s son, husband, baby, or merely a human being maybe they will give them an opportunity to live,” continued Parks. “No #mother should #worry or have to teach their #son to #fear a person who took an oath to #protect and #serve. #blacklivesmatter #blm #boymom.”

CHRIS BROWN'S KIDS ARE MAKING WAVES ACROSS THE INTERNET

CHRIS BROWN'S KIDS ARE MAKING WAVES ACROSS THE INTERNET