CHRIS BROWN’S KIDS ARE MAKING WAVES ACROSS THE INTERNET 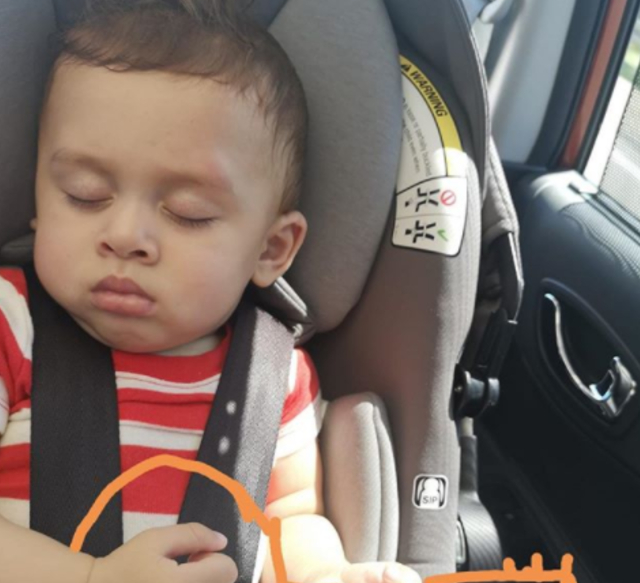 Chris Brown’s kids are taking over the Internet. The celebrity father recently shared a picture of his son, Aeko, with his Instagram followers who could not get enough of the little one’s cuteness.

Chris doodled the image of a guitar around his son’s hands. Aeko was asleep in the candid but the picture’s modifications still worked.

Aeko’s mom, Ammika Harris, also shared an Instagram update with her fans. The video clip showed little Aeko observing himself in the mirror before biting the object. “He’s so cute with his blonde curls,” one fan said. Another social media follower asked, “Does he have any teeth yet?” Ammika did not answer the fan, but it is evident that Aeko is growing by leaps and bounds.

Chris Brown’s kids are among those dominating the Internet right now because of their cuteness. It was just a few days ago that Chris’ daughter, Royalty Brown, used her social media platform to promote the Positively Perfect Collection by The Fresh Dolls.

“Group hug,” the caption underneath Royalty’s candid read. “My two favorites from @thefreshdolls #PositivelyPerfect collection are Zair and Ava,” the youngster’s platform said.

Group hug! My two favorites from @thefreshdolls #PositivelyPerfect collection are Zair and Ava (they look like me). ☺️☺️ #TheFreshDolls #Multicultural

“Look at Chris Breezy’s Lil Breezy,” one fan said in response to the candid. Another social media follower referred to Royalty Brown as an “angel.” Isn’t she, though?

PHAEDRA PARKS HAS ‘DIFFICULT CONVERSATIONS’ WITH HER CHILDREN ABOUT RACISM

KENYA MOORE CELEBRATES ‘THE SIMPLE THINGS IN LIFE’ WITH HER DAUGHTER

Damian Lillard and his soon-to-be wife, Kay'La Hanson, are new parents! The couple welcomed their...

KENYA MOORE CELEBRATES 'THE SIMPLE THINGS IN LIFE' WITH HER DAUGHTER