CAM NEWTON SHARES THAT HE IS A ‘PROUD FATHER OF 7’ 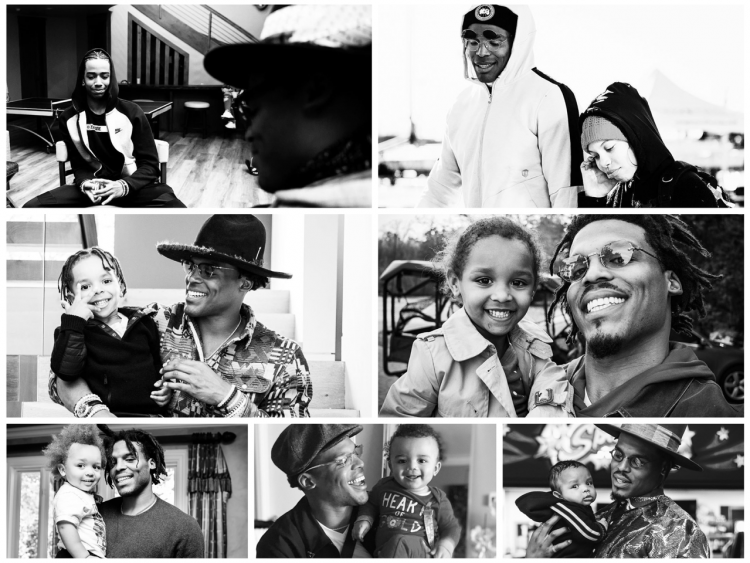 Cam Newton is a proud father of seven kids! The NFL quarterback took to his Instagram on Father’s Day (June 21) to share the news.

Cam Newton is known for his skill as a quarterback, winning the 2015 NFL MVP award and leading his Carolina Panthers to Super Bowl 50 in the 2015-16 NFL season, though he is currently a free agent. However, few people knew Cam was also a father of seven until he revealed it on Father’s Day. On Instagram, Newton shared black-and-white photos of him and his children and praised fathers everywhere in the caption.

“I’M A PROUD FATHER OF 7,” wrote Cam. “A DADDY isn’t defined as the man who makes the child (NOT in all instances), but rather a MAN who extends his hands and time to help with the child’s raising and his heart to LOVE the child through anything!! Blood doesn’t always make you DADDY. Being a DAD comes from the heart… ANYBODY CAN MAKE A BABY BUT IT TAKES A REAL MAN TO RAISE A CHILD!! Kudos to ALL THE REAL MEN worldwide!! HAPPY FATHER’S DAY TO US!!”

Cam and Proctor began dating in 2013, but around January 2020 they split up (and had a court battle for custody of their children) after it was discovered that Cam fathered Caesar Newton (born Summer 2019) with Instagram model La Reina Shaw, who also has her son, 14-year-old Jaden, from a previous relationship.

Alyssa Scott is remembering the amazing times she enjoyed with her son, Zen Cannon. The...