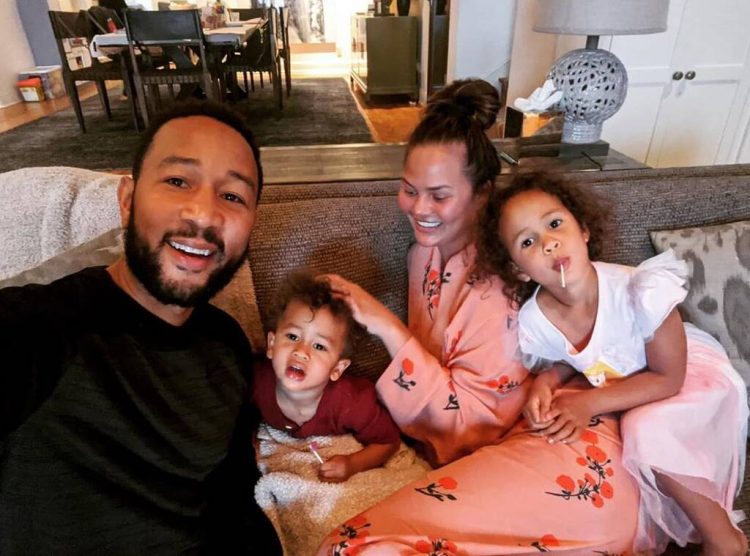 Singer John Legend recently opened up how he and his wife, model Chrissy Teigen, parent their two children amid the ongoing coronavirus pandemic. He also spoke about the calls to defund police departments that have spread since Minnesota resident George Floyd was killed by police officers on May 25.

John Legend and Chrissy Teigen have two kids together, 4-year-old Luna and 2-year-old Miles Stephens. On raising their children under quarantine, Legend says that “it’s definitely a challenge to co-parent during these times,” but it has made his and Chrissy’s love stronger. “We have spent long stretches of time together,” said Legend. “We had long stretches where we didn’t talk before so I don’t think we’ve learned a lot about each other, but we have also learned a lot about parenting. It’s a more intense parenting experience than we’ve ever had. It’s made us stronger and brought us together.”

George Floyd was murdered by Minneapolis Police officers when an officer was filmed kneeling on his neck for almost nine minutes. Four officers were fired for murdering Floyd, and the one who was seen with his knee on Floyd’s neck, along with the other former officers, have been charged with murder and manslaughter. Floyd’s death has since triggered protests against police brutality and systemic racism all over the world.

In the wake of George Floyd’s extrajudicial execution, many people have called for police departments around the country to be defunded, with their money being redirected toward social services for marginalized communities. John Legend, who has long been a proponent of criminal justice reform, supports defunding police departments.

Explaining his stance on Twitter, John Legend says that “we spend far too much on policing and that choice comes at a cost,” noting that large local police budgets take away from social services such as healthcare and drug treatment. Legend clarified the true meaning of defunding the police, saying that it doesn’t mean no police at all; “it means there should be significantly fewer police and more professionals of other types with expertise in their fields, whether it’s social work, health care, conflict resolution, drug treatment, etc.”

SERENA WILLIAMS AND DAUGHTER ARE BEAUTIES IN MATCHING PRINCESS COSTUMES

SERENA WILLIAMS AND DAUGHTER ARE BEAUTIES IN MATCHING PRINCESS COSTUMES