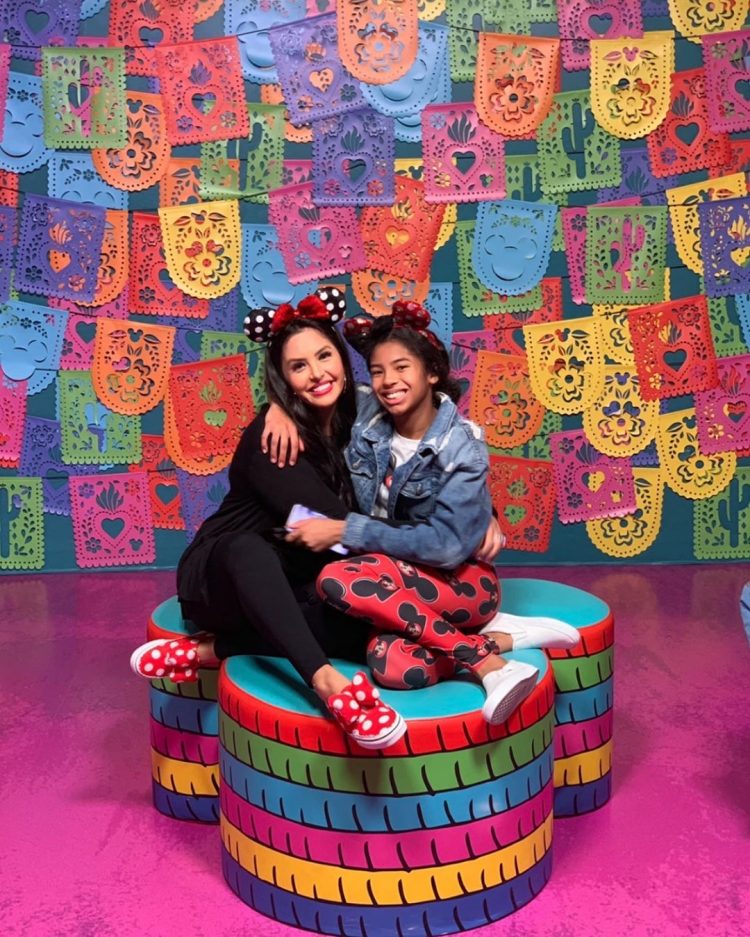 The late Gianna Bryant formerly attended Harbor Day School in California, where she was a member of their basketball team and the student council. On Friday, June 5, Vanessa Bryant shared a tribute to her late daughter on Instagram. The post contained a picture of Gianna’s diploma surrounded by white flowers and Vanessa captioned the post: “Congratulations on your 8th grade graduation Gigi. I love you forever and always. I’m so proud of you. ❤️ Mommy #classof2020.”

Vanessa Bryant also shared a few videos from Harbor Day’s graduation ceremony. The school’s gymnasium was decorated with an assortment of heart-shaped balloons and a beautiful arrangement of flowers in the shape of the number two (Gianna wore #2 as member of both Harbor Day’s basketball team and Mamba Academy). On a table, there was an arrangement of flowers that read “Gianna.” Next to the table was Gianna’s framed #2 Harbor Day jersey. The ceremony began with a heartfelt message from the Harbor Day Student Council, who spoke about how Gianna always strove for excellence. “In the 7th grade when she said she’d run for student council I was so excited. I couldn’t wait to hear and see what she would do to help elevate our student population,” said the Student Council Faculty Advisor. “We gave her one assignment and she ran with it as quickly and as eagerly as anyone I’ve ever seen. Gianna was an amazing leader in our student council. We will always remember her will to make things better and to strive for excellence.”

Gianna Bryant, along with her legendary father Kobe Bryant, Alyssa, John and Keri Altobelli, Payton and Sarah Chester, Christina Mauser and pilot Ara Zobayan were tragically killed in a helicopter crash in Calabasas, California on January 26, 2020. Gianna was 13-years-old and Kobe was 41 when they passed. Kobe is survived by his wife, Vanessa Bryant and their three remaining daughters, 17-year-old Natalia, 3-year-old Bianka, and 11-month-old Capri Bryant.

ANGELA SIMMONS' SON DECLARES THAT HIS MOM IS HIS 'GIRLFRIEND'