ANGELA SIMMONS’ SON DECLARES THAT HIS MOM IS HIS ‘GIRLFRIEND’

"SJ Is All You Need" 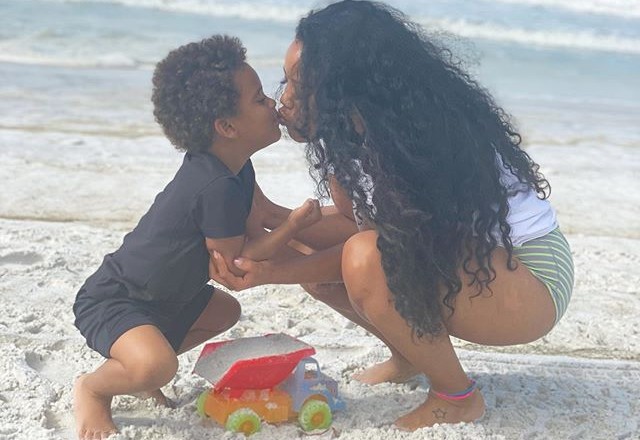 Angela Simmons’ son, Sutton Tennyson Jr., is his mother’s everything! The little one recently declared himself as his mom’s girlfriend in a cute video clip.

We need a haircut lol 😂 #quartinelife

One of Angela’s friends asked Sutton if he had a girlfriend in the clip. Sutton did not hesitate to answer the question. “Yes,” the youngster declared. “Her name’s Angela.” Sutton was asked for clarity as to the identity of Angela. “Mommy,” the youngster told his mother’s friend. “Mom,” Sutton reiterated.

Lol when @shespersian asked Sj today this 😂😊 so cute ! I didn’t even teach him this ! Haaaaa

“I told you SJ is all you need,” Jojo Simmons shared in response to the video clip. “I didn’t even teach him this,” Angela revealed.

It was just a few months ago that Angela Simmons declared her son as the absolute love of her life. The celebrity mom’s statement of love came after fans saw Angela seemingly explore romantic interests with Romeo Miller and Bow Wow on Growing Up Hip Hop (GUHH).

“I’ve never met a love like yours,” Angela wrote to her son. “[I] promise to see you through this lifetime,” the celebrity mom shared. “[For] as long I have air in these lungs,” Angela declared.