"There Was Absolutely No Malicious Intent" 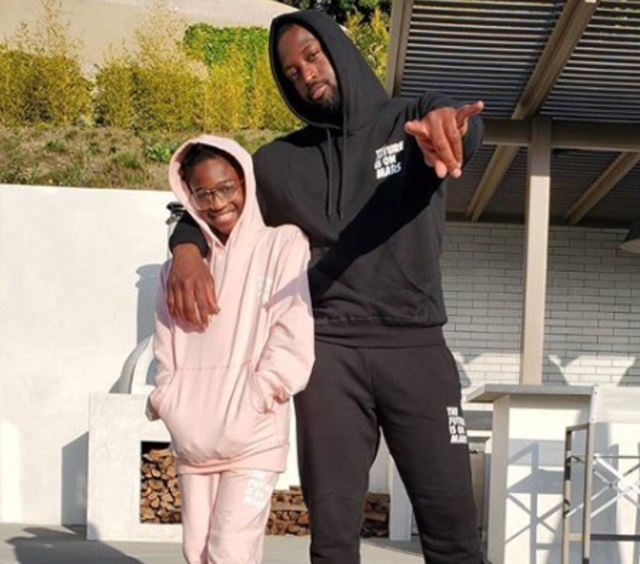 Hill Harper has come under fire after referring to Dwyane Wade’s daughter, Zaya Wade, as a boy. The actor took to Twitter to celebrate the teen’s special day.

“Happy Birthday young man,” Hill wrote to Zaya. “Read Letters to a Young Brother,” Harper continued. “Your mom wrote something in it. You’ll love it!”

Happy Birthday baby!!! I can't believe you are 13!! @zayawade you are such an inspiration and motivation to get my butt up everyday and fight. When I'm weary, frustrated, full of rage, I see your face and your joy and you living your best life and I want that for all of us. I love you sooooo much kid!! Enjoy this day and everyday knowing you are loved, protected, respected, admired and celebrated. ♥️♥️♥️♥️

Many noticed Hill Harper’s gaffe and immediately and called him out. “Hill Harper absolutely did that on purpose,” one Twitter critic wrote. Another social media critic said, “Hill Harper could have told Zaya happy birthday without mentioning gender at all. Like AT ALL.”

Hill Harper came back to Twitter with an apology for misgendering Zaya Wade. “As a family friend, I feel so bad that I may have taken away from the celebration,” the actor tweeted. “Zaya’s courage and strength is something I celebrate,” Harper explained. “And there was absolutely no malicious intent to my post.”

The actor went on to say, “There are many challenging things going on in the world right now and I certainly didn’t intend my birthday wish to be a negative distraction and certainly didn’t want it to take away from a celebratory birthday for Zaya. I extend my heartfelt apology to Zaya [and] the Wade family.”