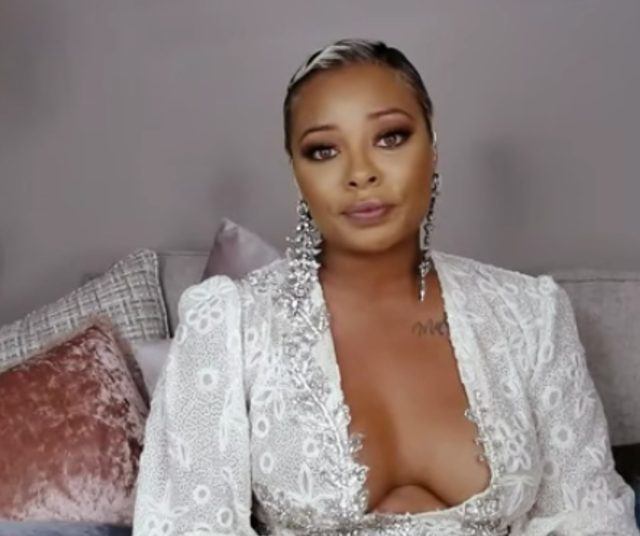 Eva Marcille gave a bit of explanation behind her apparent drive to keep her daughter, Marley Rae Sterling, away from her biological father, a.k.a. “the donor.” The Real Housewives of Atlanta (RHOA) star got candid about the nature of her relationship with Kevin McCall during Sunday night’s reunion episode.

“It was one of those situations where I was like on that ‘I’m doing me’ thing. Like, ‘It’s all about Eva,'” Marcille told Andy Cohen and the ladies of the show. “I met this guy, we hung out, [and] we definitely started having sex but we weren’t in a real serious relationship. And then, I ended up finding out that I was pregnant.”

“I know that a few of the ladies on this screen are victims of abuse,” Eva said during Sunday’s Real Housewives of Atlanta reunion episode. “It was one of those things where I had definitely seen [the] signs before,” Marcille explained. “I don’t know why I was naive enough to think that it wouldn’t be me. I told no one until he beat me so bad that I couldn’t help it. The police officer, when he came to the house, said, ‘You have to press charges.’ I finally did.”

Happy Easter from the Sterlings. Easter isn’t cancelled and the work of God isn’t cancelled. We count our blessings and name them one by one. Celebrate the work of the cross where ever you are. He is Risen. #sterlingsays #eastersunday #thesterlings

“I can say, five years later, my life is completely different,” Eva said during Sunday night’s episode. “[Kevin McCall] was put in my life so that I can bring the biggest sunshine into my family, which is my daughter, Marley,” the celebrity mom said. “I wouldn’t take it back because if I took it back I wouldn’t have her.”

Our daily supper prayer. So grateful for all of the blessings God has given us. #thesterlings