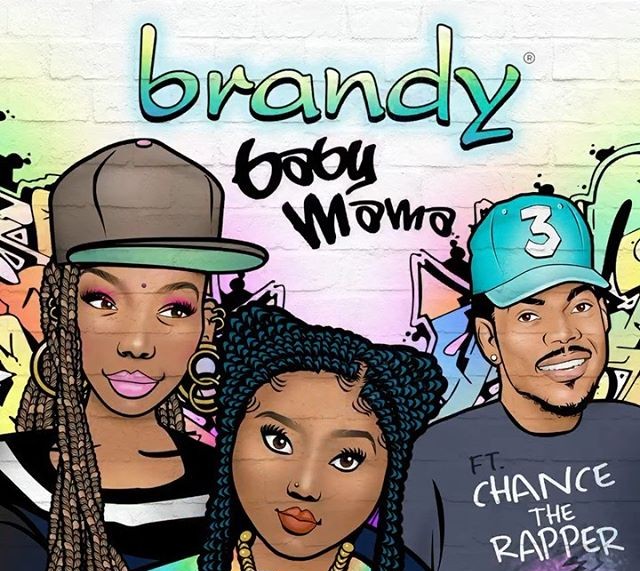 Brandy has new music and cover art that is simply beautiful. The celebrity mom released her new single, ‘Baby Mama,’ on Thursday (April 30). The cover art for the song features Brandy’s daughter, Sy’rai Smith, alongside Chance the Rapper.

“It’s time,” Brandy exclaimed in a social media post written to her Instagram fans. “‘Baby Mama,’ featuring Chance the Rapper, available tonight. Thank you so much for your patience,” the celebrity mom said.

Brandy’s new song is all about celebrating single motherhood. The celebrity mom declares that she is “every woman and a baby mama” during the song.

“The queen is back,” one fan said after hearing the track. “[I] love everything about this song.” Another fan of the single wrote, “I’m glad you’re putting new music out. I love this track.”

It has been about eight years since Brandy has released new music. The singer’s last album, Two Eleven (2012), was a hit among her fans with songs such as ‘Let Me Go’ and ‘No Such Thing As Too Late.’

Brandy’s new song comes days after her daughter, Sy’rai Smith, released her cover for ‘At Your Best’ by Aaliyah. The celebrity mom was sure to promote her daughter’s budding music career by sharing Sy’rai’s creation.

Will Brandy and Sy’rai collaborate in the near future? Maybe so! Stay tuned for more celebrity mom news.