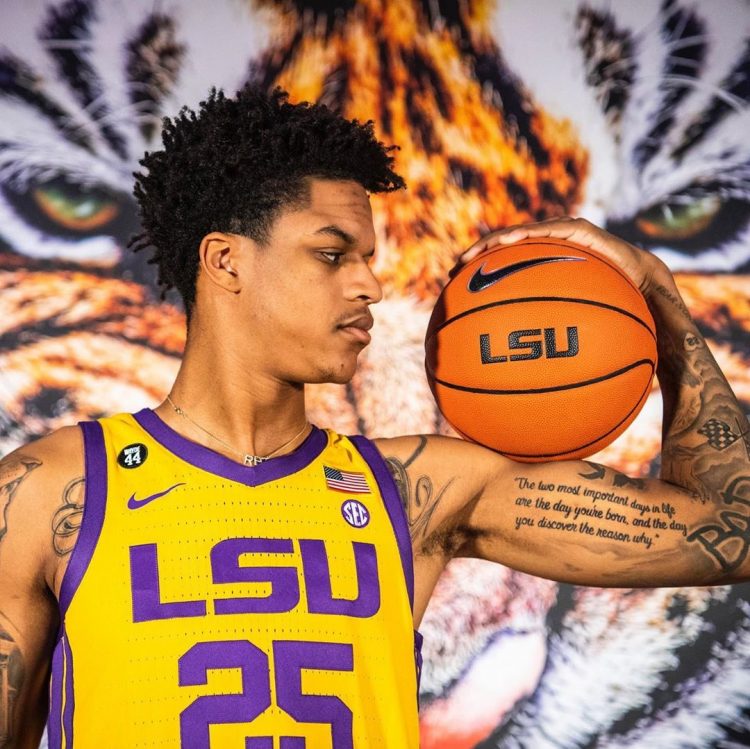 It was February 2020 when Shareef O’Neal (son of four-time NBA champion and Hall of Famer Shaquille “Shaq” O’Neal) announced that he would be transferring from UCLA to LSU. On April 15, LSU confirmed Shareef’s transfer papers, which officially makes Shareef an LSU Tiger, like his father before him.

In the 2018 recruiting class, Shareef O’Neal was ranked no. 41 nationally by 247Sports. In December 2018, O’Neal had surgery to correct a heart defect, which caused him to miss his entire freshman season with UCLA. When he recovered, O’Neal played in 13 UCLA games before announcing his plans to transfer to LSU, averaging 2.2 points and 2.9 rebounds in 10.2 minutes per game.

With his transfer to LSU officially complete, O’Neal took to social media to celebrate. In one tweet, he thanked UCLA for his time there, writing: “I would like to thank UCLA for everything they have done for me!! You guys will always be family to me! I will miss you guys ✌🏽.” In an Instagram post, O’Neal said: “It’s official 🟣.. I’m officially a tiger 💛💜! #freshstart #geauxtigers #lsubasketball.”

Shareef’s famous father Shaq was a two-time All-American at LSU and even has a statue outside LSU’s Pete Maravich Assembly Center. Shaq was also very excited about his son transferring to his alma mater. However, Shareef explained in a recent interview with Bleacher Report that LSU was focused only on him when they first recruited him.

“LSU was one of the first schools that recruited me. I feel like when I went there to visit it was like home. The people there, they didn’t really talk about my dad one time,” said Shareef. “That’s kind of what stood out to me. Even though there’s a statue [of him] outside the stadium, they didn’t say, ‘We want you to be your dad. We want you to be better than your dad.’ They were like, ‘We want you to be Shareef. The people here love you.’ The LSU family is just—they were just really supportive. I feel like that was the best option for me.”