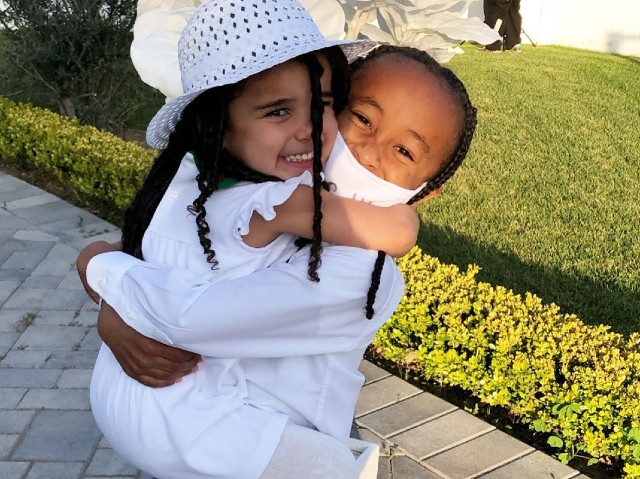 Blac Chyna and her kids, King Cairo and Dream Kardashian, went all out to commemorate Easter weekend. The celebrity mom got her kids dressed and ready for the family’s photo session. Then, Blac Chyna purchased billboard space upon which a family candid was placed.

The family portrait was an effort to advertise Chyna’s Lashed Cosmetics. The brand sells beauty products for the eyes, lips, and face that are meant to make buyers feel comfortable in their skin. Lashed also has a skincare line that helps users prevent breakouts and other forms of infection due to clogged pores.

Blac Chyna founded Lashed Cosmetics out of passion. It, therefore, makes sense that the celebrity mom would have a billboard advertisement that showcases her kids who are the absolute loves of her life.

It was just a few weeks ago that Chyna went to battle with her daughter’s father, Rob Kardashian, who she accused of child abuse after Dream allegedly returned home with severe burns to her skin on two different occasions.

Dream spent time with her father in March at which time she allegedly sustained another burn wound. “Chyna was shocked and extremely upset to discover that Dream had suffered a second severe burn very near the first burn on her leg,” the celebrity mom’s lawyer said. “When Chyna reached out to Rob to find out what had happened to their daughter, Rob initially lied to Chyna and denied that Dream’s second burn happened at his home.”

CHRIS BOSH, WIFE AND KIDS HAD A FESTIVE EASTER