Home » NEWS » PORSHA WILLIAMS AND DAUGHTER ARE TWINNING: ‘I LITERALLY GAVE BIRTH TO MYSELF’

PORSHA WILLIAMS AND DAUGHTER ARE TWINNING: ‘I LITERALLY GAVE BIRTH TO MYSELF’ 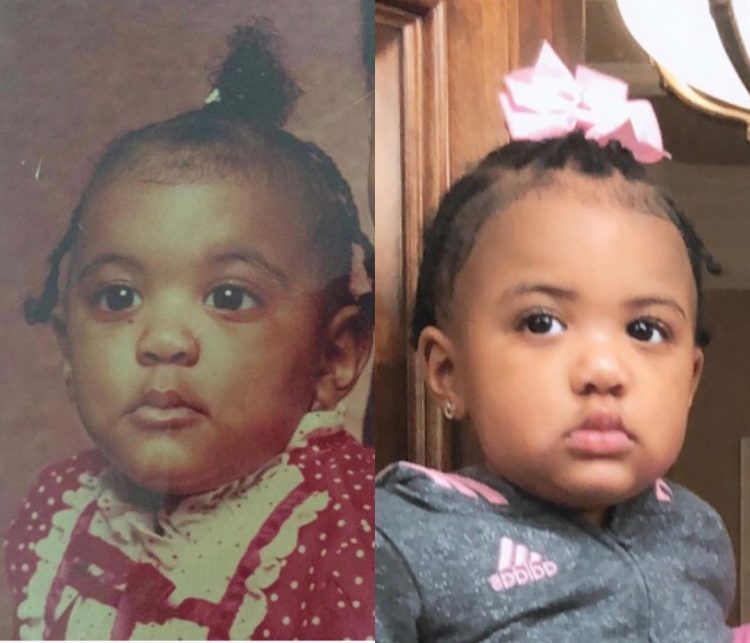 Porsha Williams is twinning with her daughter Pilar Jhena. The Real Housewives of Atlanta star took to Instagram yesterday to share a side by side photo of her and her mini me.

“This is scary ! Literally gave birth to myself,” Porsha captioned the snap while reluctantly admitting that Pilar also resembles her dad, Dennis Mckinley. “ok, ok and a lil Dennis sprinkled in,” she added.

Many of the RHOA’s followers agreed that Pilar is indeed her mom’s clone:

“You whole face that’s your twin”

“Wow…I thought those were two pictures of Pj”

“All this time i though Pilar was Dennis’ twin. I stand corrected.”

“That’s weird because until now, all i saw was Dennis.”

Dennis, who has always been deemed Pilar’s twin, joined in the conversation and commented under the post, “I won’t post a side by side. I’ll let you have this one today.”

Williams and McKinley welcomed their daughter on March 22, 2019.

Shortly after giving birth to her miracle baby, Williams had this to say about motherhood, “It’s amazing. It’s hard. We’re four weeks out but baby PJ is everything. She’s literally like my heart outside my body. I’ve just gotten used to having her.”

She also shared that Dennis is “the best father. It’s not easy. This little person runs our house. So we’re literally taking turns.”

Ohhhhh so this is 1year old !! Baby when they want it they have to have it or else 💪🏾😂❤️ #Determined Birthday March 22

All these doggon toys and she loves this 😂🤦🏾‍♀️

OMARION LOVES BEING A #GIRLDAD