ALICIA KEYS’ HUSBAND, SWIZZ BEATZ, AND KIDS SUPPORT HER AT THE GRAMMYS 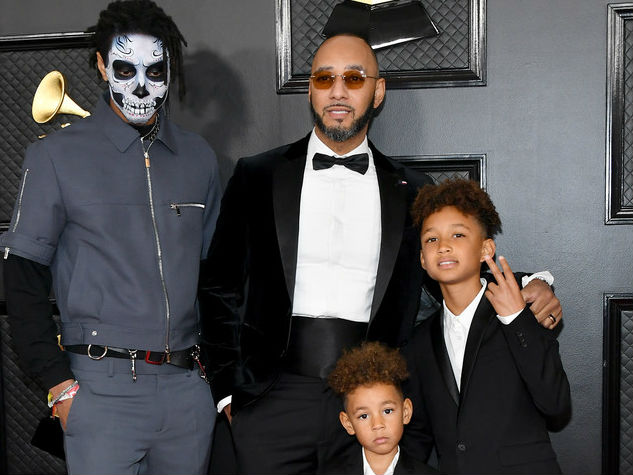 Alicia Keys had the difficult task of hosting the 62nd Annual Grammy Awards following the the tragic deaths of Kobe Bryant and daughter Gianna Bryant. Thankfully, the singer had the support of her husband, Swizz Beatz, and their kids as she emceed Sunday’s somber awards show.

The “Girl on Fire” songstress, along with Boyz II Men, opened the show with a touching musical tribute to the NBA icon, who along with his 13-year-old daughter, Gianna, and seven others, died in a helicopter crash in Calabasas, California, on Sunday morning.

After the show, Keys spoke to ET’s Kevin Frazier backstage and reflected on how she managed to host under the circumstances. The songstress was joined backstage by her children and Swizz Beatz.

“This was a really hard night, and that’s why I think it was a roller coaster,” Keys shared. “It was painful, it’s painful right now. We lost a beloved, beloved hero to all of us. A person who is like a true example of brilliance and excellence.”

She continued, It’s not easy to go forward with all of that weight,” she admitted. “But I think that the energy that he always brought and that fighting spirit… is what brought us through tonight.”

“This was a heavy night and she put the load on her shoulders and made people feel comfortable all around the world,” Beatz added. “It’s a blessing.”

Watch the video below for a look at how the GRAMMYs paid tribute to Bryant throughout Sunday’s emotional show.