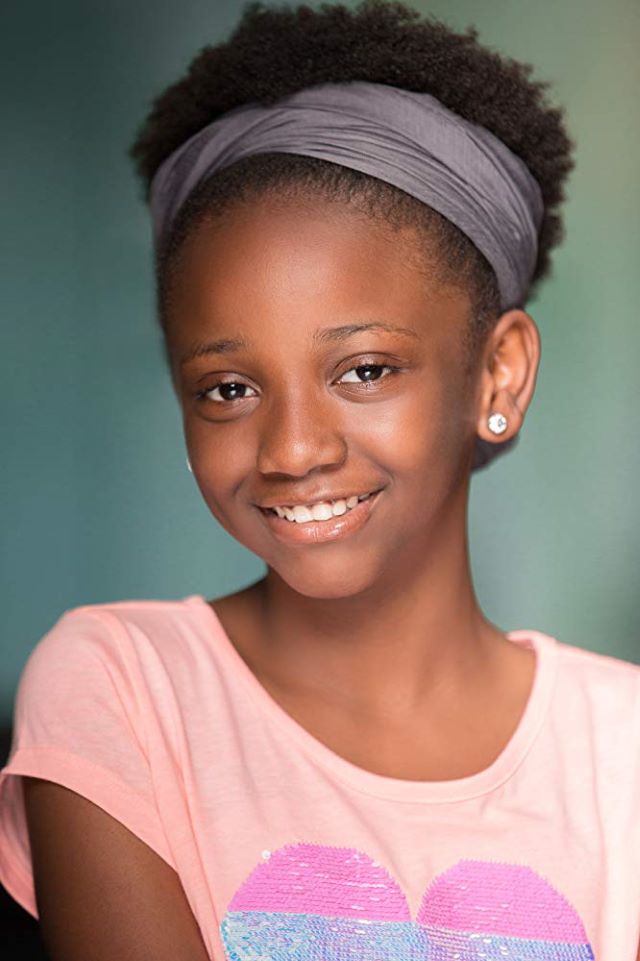 Aria Brooks is unquestionably a rising star in the midst of #younghollywood. This muti-talented Atlanta-native has been perusing her passions, singing and acting, since she was six-years-old. Fast-forward and Brooks is beginning to accumulate a diverse professional resume that includes titles such as Harriet, the Netflix series, Dolly Parton’s Heartstrings, the Nickelodeon variety show, All That among others.

Recently, BCKOnline had the opportunity to sit down with this incredible talent for a one-on-one exclusive interview. Check out what she had to say! We cannot wait to see what is next for Aria. We have no doubt that it is going to be amazing.

BCKOnline: What made you want to start acting?

Aria Brooks: I started acting because both of my parents are performing arts educators. It was something I grew up around. I would always sit at work with my mom and at one point, she was my teacher. The things I saw her do really inspired me to perform in general.

BCKOnline: To you, what is the most difficult thing about being an actress?

Aria Brooks: The most difficult thing is definitely having to fit “the look”. It was hard to accept that I may not get a job because I’m too dark, or my hair is too short. I eventually realized that what God has for you is for you and it will happen when the time is right.

BCKOnline: You are a series regular on Nickelodeon’s All That. Tell us about the show. How is doing sketch comedy different from your other roles?

Aria Brooks: All of my other roles are dramatic, so sketch comedy has been a completely different experience. Before I had to be centered but now, I have to turn up my energy and really go crazy with these characters. It has been fun so far, but it is still challenging at times.

BCKOnline: Tell us about your project, Dolly Parton’s Heartstrings. What have you learned working alongside seasoned actresses such as Delta Burke, Julianne Hough, Kathleen Turner, and Kimberly Williams-Paisley?

Aria Brooks: Because Heartstrings is an anthology series, I did not have the chance to work with those amazing actors, but their performances were wonderful. I did get a chance to work with Sarah Shahi, Rochelle Aytes, Jessica Collins and Tammy Lynn Michaels. They really showed me how to be professional on set and they were very helpful and nice to me. I’ll never forget that experience and I’m very appreciative of the opportunity.

BCKOnline: What is the one thing that you have learned about yourself as an actress in Hollywood?

Aria Brooks: I have learned that it’s not fun and games all the time. Yes, it is a fun job, but I still have to be serious and work hard. Sometimes that may require staying up late or staying at the studio a little later. It’s a huge commitment, but it’s still a lot of fun.

BCKOnline: What advice would you give other kids that want to break into acting?

Aria Brooks: I would say to be grateful for whatever you are given. Even if you don’t have a big part in a movie or you get a role in a student film, it is still an opportunity for more experience and networking.

BCKOnline: Who would be your dream on screen collaboration and why?

Aria Brooks: My dream on-screen collaboration would be with Zendaya. She is my favorite performer and I’ve looked up to her for years. She is a triple threat and is consistently working. I also aspire to have her work ethic.

BCKOnline: What is your favorite TV show/movie?

Aria Brooks: My favorite TV show is This Is Us and my favorite movie is Tall Girl.

BCKOnline: What are some things that you like to do in your free time?

BCKOnline: What do you see for your career in the future?

Aria Brooks: I see myself consistently filming and going to events. I am not in it for the fame. The work is why I do what I do. I want to continue to work on my craft and be satisfied with the finished product.

ALICIA KEYS' HUSBAND, SWIZZ BEATZ, AND KIDS SUPPORT HER AT THE GRAMMYS

ALICIA KEYS' HUSBAND, SWIZZ BEATZ, AND KIDS SUPPORT HER AT THE GRAMMYS