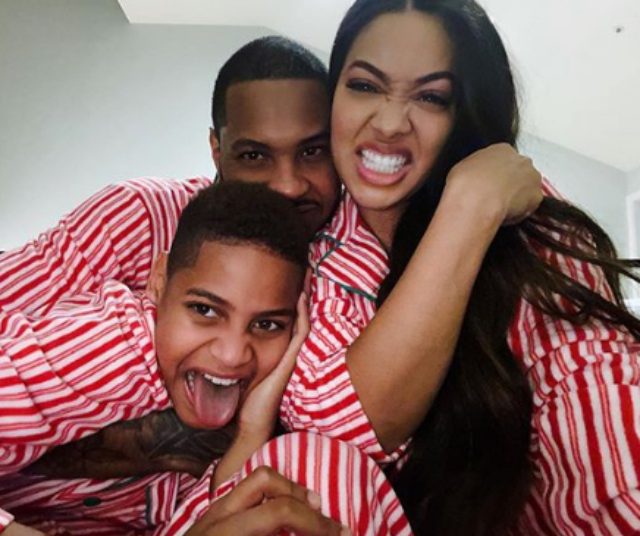 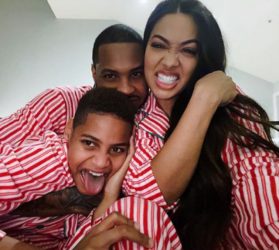 You have reacted on "LA LA ANTHONY SAYS CARMELO ANTHONY IS ‘FA..." A few seconds ago

La La Anthony deems Carmelo Anthony as the greatest father in the world. The celebrity mom tells InStyle exclusively about the lengths that her estranged husband goes through to support their son, Kiyan Anthony.

“Hands down, the father-of-the-year award goes to Carmelo Anthony,” La La reveals. “He is so supportive,” the celebrity mom adds. “This man flies from coast to coast just to sit in on a violin concert for 10 minutes. In no way am I a single parent, because I couldn’t raise my kid without him.”

La La Anthony and Carmelo Anthony went through marital issues that ultimately led to the celebrities separating last year. Still, even with their plans to divorce underway, La La and Carmelo manage to co-parent their son, who is approaching his teen years, well.

Proud of my boy Kiyan & his team @blackopscadets this weekend at @madehoops in VA! He’s working hard, one day at a time. As long as he wants it, I’ll be right there by his side ❤️Thanks @slamonline 🔥🏀 #12yearsold

“Kiyan is the best thing that ever happened to me,” La La tells InStyle. “He’s what I’m most proud of,” the celebrity mom adds. “Having him is the most bada*s thing I’ve ever done, so I definitely feel most powerful when I’m in mom mode.”

Being in “mom mode” means that La La works with Carmelo to ensure that Kiyan is a well-rounded person. “Kiyan is also pretty shy and quiet,” La La admits to InStyle. “I worry because I don’t want him to keep everything inside; I want him to feel like he can talk to us about everything. I also want him to be careful because some kids want to be his friend for the wrong reasons. We’ve had to make him understand that, which has been interesting.”

Two grateful hearts = one happy kid ❤️🎄🎁❤️🎄MERRY CHRISTMAS TO ALL 🎁🎄❤️sending love to whoever needs it today. Thinking of you & praying for you 🙏🏽❤️🎁