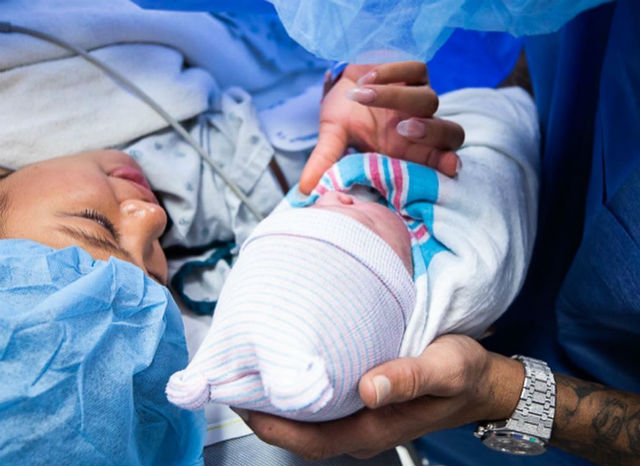 Ammika Harris is one proud mama! The first-time mom took to Instagram on Saturday to share a new photo of her son with singer Chris Brown.

In the snap, Aeko can be seen lying down while gazing intently at his mom. “ANGEL ON EARTH,” Harris captioned the pic, adding several heart emojis.

Harris recently traveled with her two-month-old son to Germany to visit his grandma. Many fans, however, weren’t too happy that Ammika took the newborn out of the country without Chris in attendance. “So you left with Chris’ son to Germany?” one person commented under one of Ammika’s post.

To which Ammika responded, “He is MY son too, you know. HIS YAE lives here!” (‘Yae’ is another word for grandmother).

Aeko Brown was born on November 20th, 2019. Initially, Brown and Harris kept their son’s birth a surprise. Since announcing his birth, however, the duo have shared countless photos of their baby boy.

Chris also has a daughter, Royalty, 5, with Nia Guzman.