Bianka Made A New Friend 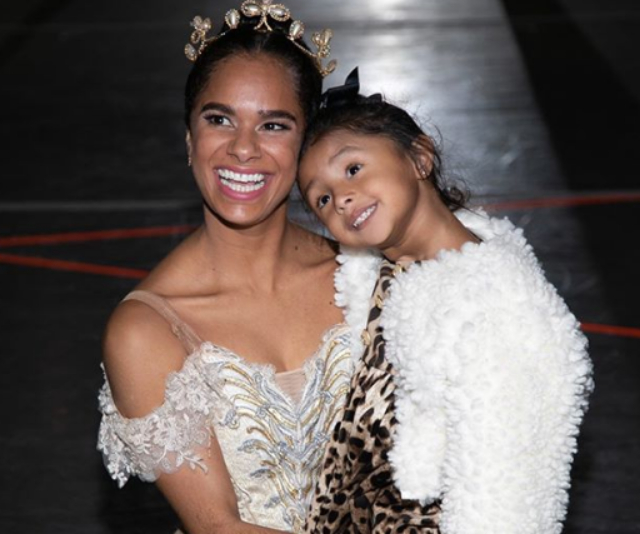 Kobe Bryand and his wife, Vanessa Bryant, took their kids to see Misty Copeland in The Nutcracker. Bianka Bryant appeared starstruck during her official meeting with the ballet dancer.

“She loved the show,” Kobe Bryant said of his daughter. Bianka appeared to also love Misty with whom she took one-on-one pictures. “Thank you for always being so gracious,” Vanessa wrote to Misty after the family’s outing.

Misty Copeland has been on a mission to bring the beautiful story of “The Nutcracker” to the masses. Fans of the ballerina can see her on the main screen as Copeland stars in Disney’s film, The Nutcracker and the Four Realms (2018). Misty recently spoke of her full-circle moment in which she was cast as a ballerina in the movie.

“This is not something I ever saw in my future,” Copeland admitted. “It’s just incredible to be able to be representing ballet at this level in a movie that’s going to reach so many people for so many generations to come. And the fact that I’m a brown ballerina, as a representation of ballet, is insane.”

Misty Copeland began her journey as a performing ballerina at 13-years-old. Will Bianka Bryant be one of many inspired to dance because of Misty’s story? We will have to keep watching to find out! Stay tuned for more celebrity family news!