Home » NEWS » TIONNE ‘T-BOZ’ WATKINS TEARS UP WHILE TALKING ABOUT HER SON: ‘GOD GAVE ME THAT BOY’

TIONNE ‘T-BOZ’ WATKINS TEARS UP WHILE TALKING ABOUT HER SON: ‘GOD GAVE ME THAT BOY’

"I Love My Son More Than Anything" 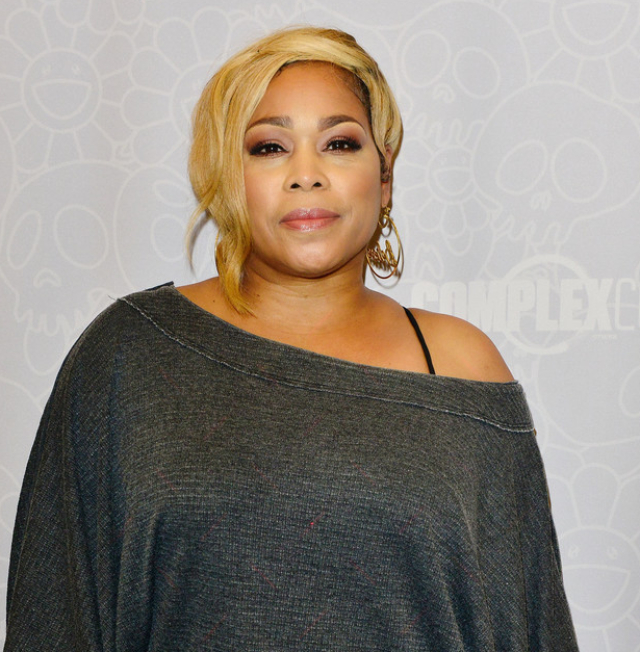 Tionne ‘T-Boz’ Watkins became tearful while talking about her son, Chance, during a recent conversation with Dr. Sean of On The 7. The celebrity mom kept it real about people focusing on her choice to adopt her son.

“I always cry when I talk about this because I love my son more than anything,” T-Boz told Dr. Sean and audience members. “I’ve said my whole life that I was going to have a son. And that boy is my son,” she declared.

T-Boz adopted Chance in 2016. The celebrity mom was in the middle of receiving treatment for a brain tumor at the time of her choosing to expand her family.

My Lil Tink Cracks Me Up! He Sings All The Time! He Fell Off My Friends Massage Bed & Hit His Face On His Bed And My Tink Has Blackeye 😞 But He’s Stil A #CutiePatootieBooty #ChanceTheBaby #tboz #tlc #tbeezy

Many fans were excited to see T-Boz add another child to her happy home. Some, however, zeroed in on the notion of the celebrity mom expanding her family by adoption instead of by means of pregnancy.

“I know that’s my son, and he’s meant to be my son,” T-Boz assured. “I told [the public he was adopted] because the press wouldn’t leave me alone,” the celebrity mom explained.

“They just kept being nosy,” T-Boz added. “It was like, ‘Well, we didn’t see you pregnant. We know you gained some weight, but we don’t know.’ It was just too much. So I felt forced to have to say something, and I’m such a private person. And I hate [that] now, on social media, people be like, ‘Oh, that’s her adopted son.’ Do you say, ‘That’s my C-section daughter’? Do you say, ‘That’s my vaginal canal son’? No, you don’t. That’s my d*mn son.”

T-Boz told Dr. Sean that there is no question of whether she loves her son. “He knows how much I love him,” the celebrity mom said. “But it’s the world that talks.”

PORSHA WILLIAMS WANTS TO HAVE BABY NO. 2 BEFORE DAUGHTER'S NEXT BIRTHDAY