Home » NEWS » PORSHA WILLIAMS WANTS TO HAVE BABY NO. 2 BEFORE DAUGHTER’S NEXT BIRTHDAY

PORSHA WILLIAMS WANTS TO HAVE BABY NO. 2 BEFORE DAUGHTER’S NEXT BIRTHDAY 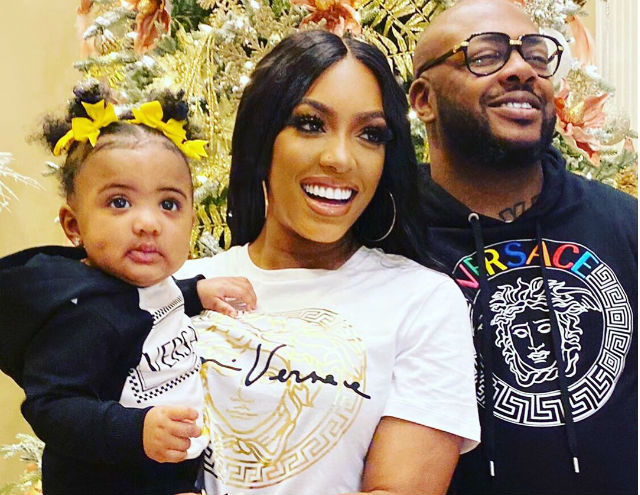 Real Housewives of Atlanta star Porsha Williams is already mother to nine-month-old Pilar Jhena and wants to have baby number two, but has given herself a timeline to do it.

The reality star opened up on Dish Nation about extending their family and both would like it to happen sooner than later or else it may be a no-go.

“PJ needs someone to play with. We are talking about it and if it does not happen by PJ’s birthday or by June — my birthday next year — then it won’t be happening. If it happens, it happens. I don’t really have to try. Just lay there,” she said on the talk show program. “I always say, if you are married, go [ahead], be fruitful. That’s what you’re supposed to do. Have as many kids and multiply. Have as many kids as y’all want, and y’all can afford … My thing is, I, at least, want [Pilar] to be able to sit up on her own. … I’m an old horse. I’ve got maybe one more good one in me. It could be twins.”

Williams is engaged to businessman Dennis McKinley. The two have been in an on and off again relationship since Williams discovered McKinley’s infidelity in June 2019. However, the proud parents have since reconciled.

My baby girl is obsessed with my @pamperedbyporsha sheets just like her mama! 😍⁣ ⁣ They're amazing quality, y’all! Grab yours to see for yourself! And remember FREE SHIPPING for all!! (US shipping only) ⁣ ⁣ Visit www.PamperedbyPorsha.com to get them in time for the holidays! 🎁🎄 (link in my bio)

Fingers crossed for baby number two! That will definitely send the 38-year-old’s household into cuteness overload. Check out the entire exclusive dish below.