"I Love You With All My Heart" 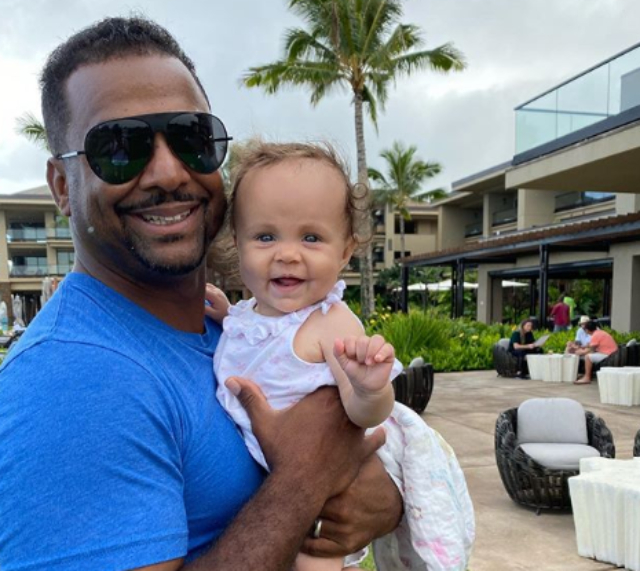 AFV host Alfonso Ribeiro is a doting dad! The celebrity father recently took to Instagram to express his love for his youngest daughter, Ava Sue Ribeiro.

Alfonso shared a post in which Ava sat beside blocks that indicated her six-month development stage. “Happy six-month birthday, baby Ava,” Ribeiro wrote to his baby girl. “I love you with all my heart,” the celebrity father said. More than 30,000 Instagram fans, including Allison Holker, liked what they saw and read.

“Hello, gorgeous,” Tatyana Ali shared in response to Alfonso’s post. “She is so beautiful,” another fan said. Isn’t she, though?

In addition to settling into his life as a father of four kids, Alfonso has been keeping busy in Hollywood as the host of America’s Funniest Videos. The celebrity father recently spoke with the press about his role in a show that has spanned for 30 years.

“It’s pretty awesome – 30 years of this show making people laugh – that’s a lot of crotch hits over the years,” Ribeiro shared. “Tom Bergeron, who I think is the best host on television, literally went to ABC and said he thought I would be the best person in his mind to follow in his footsteps.” How awesome is that?

You can catch AFV with Alfonso Ribeiro as the host every week on ABC. Stay tuned for more celebrity father news!

TAMERA MOWRY AND HER DAUGHTER HAVE HAIRSTYLE TIPS FOR THE HOLIDAYS